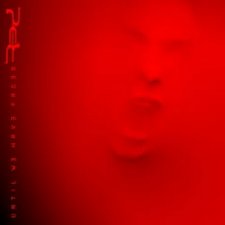 RED
Until We Have Faces

Since their 2006 debut, End Of Silence, the rock quartet RED has become one of the most popular rock acts in Christian music. Not only that, but the band has also garnered significant mainstream attention. Now, two years after their remarkable sophomore outing, Innocence & Instinct, the band returns with Until We Have Faces, and lead-singer Michael Barnes boasts that this album will be a combination of their previous albums, only on steroids. But is this the case, and how does this record stack up with Innocence & Instinct?

Until We Have Faces is largely a straight forward rock album that has hard rock tendencies. With the exception of the opening track, "Feed The Machine," those looking for a daring or diverse rock release won't be entirely satisfied here. The first song is unique because the growling, screaming vocals are almost solely contained on "Feed The Machine," and the cinematic atmosphere in which the song ends is artistic and unexpectedly satisfying. The album proceeds with "Faceless" and "Lie to Me (In Denial)," which turn out to be the project's best overall rock songs.

After that, RED's following rock songs seem a little lacking in their ability to capture the listener's attention as effectively as the first three tracks. Barnes delivers great vocal work on "Buried Beneath," "Who We Are" has a catchy tune from start to finish, and "The Outside" contains that hard rock edge which is absent from most of the album. But, while these and all of harder songs on the record are virtually all solid, there are no such intense "Death Of Me" moments left on the album. Although, when it comes to the "ballads" on the album, Until We Have Faces does have its moments like Innocent & Instinct. Even though "Not Alone" isn't as effective as "Start Again," it's still good, and "Best Is Yet To Come" is a terrific song which is similar to RED's cover of "Ordinary World." And although "Hymn For The Missing" isn't as experimental or dark as the their last album's finale "Take It All Away," the emotional, piano-driven tune closes out the album epically.

It's funny that the album begins and ends with the two most depressing and unfulfilling songs on the release. "Feed The Machine" focuses on a dangerous cycle of conformity, and Barnes sings "Where are you now?/Are you lost?/Will I find you again?" on "Hymn For The Missing" without any kind of resolution. But the nine songs in between contain plenty of hope starting with the positive outlook of "Best Is Yet To Come." While RED relies solely on pronouns, "Not Alone" is clearly from the prospective of God ("I am with you/I will carry you through it all/I won't leave you, I will catch you/When you feel like letting go/Cause you're not, you're not alone"). "Buried Beneath" features a desperate call for God while drawing from Matthew 7:24-28, and "Faceless" admits "I'd give anything to live, cause without you I don't exist?/You're the only one who saves me from myself." Both "The Outside" and "Watch You Crawl" are likely pictures of spiritual warfare.

If Until We Have Faces is about searching for an identity, you don't have to think very long about RED's own: With this latest release, they have cemented the fact that they are one of the best rock acts around. However, Until We Have Faces doesn't go too many places that Innocence & Instinct didn't. With that said, sound lyrics and great music have made RED's third project good, if not even great.

Red enters 2011 as one of the hottest names in Christian rock with one of the most anticipated albums of the year, Until We Have Faces. The result lands somewhere in between their debut, End of Silence, and their highly successful sophomore album, Innocence & Instinct. The album kicks off with the high energy of "Feed the Machine" and follows up with more energy in "Faceless." "Faceless" could be considered one of the band's best songs to date. The track talks about how we are "hollow and faceless" without God in our lives and that God is the only thing that can fill the voids left from our old life before finding salvation. Faces' highlights also include the Linkin Park-esque "Let it Burn," the much softer "Not Alone," and with the Disturbed-esque guitar riff of "Watch You Crawl." "Not Alone" is a beautiful song written as God's promise to us all, "I am with you. I will carry you through it all. I won't leave you. I will catch you when you feel like letting go. Cause you're not, you're not alone." The album ends with two consecutive slow songs that seem counterproductive to the ferocity and intensity of the opening. This makes the album fall a little flat and feel like a softer album as a whole. A track position switch of the sure to be radio rock hit "Who We Are" with the second to last track, "The Best is Yet to Come" may have given the album a much beefier, rock feel in the end. Overall, Faces is another solid outing and is sure to bring more success to the band in both the Christian and secular markets. - Michael Weaver, 1/21/11