NASHVILLE, Tenn. In anticipation of the January 8 release of his sophomore solo recording, God Speaking, singer/songwriter Ronnie Freeman debuted selections from the project at a recent album launch celebration in Nashville attended by radio, retail and media representatives. Freeman is pictured at The Rutledge with special guests singer/songwriter Cindy Morgan (left) and American Idols Mandisa.

During the event, Morgan performed two selections with Freeman, while Mandisa joined him for a special duet of the title cut. God Speaking, which was penned and recorded by Freeman, remained in the Top 5 on national Inspirational radio charts for multiple weeks. The song is also featured on Mandisas best-selling Sparrow debut, True Beauty, which released earlier this year.

God Speaking will release at retail outlets internationally on January 8 (available December 25 on iTunes). Comprised of 11 songs written or co-written by Freeman, the album was produced by Nathan Nockels (Passion, Chris Tomlin, Watermark), with the exception of the title cut, which was produced by Mark Hammond (Nichole Nordeman, Josh Groban). The project debuts on White Apron Entertainment and will be distributed by KOCH Records.

In addition, Freemans renditions of Come Thou Fount of Every Blessing and Nothing But The Blood of Jesus are featured on the Grammy Award-nominated Sparrow recording, Ill Fly Away: Country Hymns & Songs of Faith. The project also includes contributions from Vince Gill, Dolly Parton and Marty Stuart, among others, and was nominated in the "Best Southern, Country or Bluegrass Gospel Album" category. 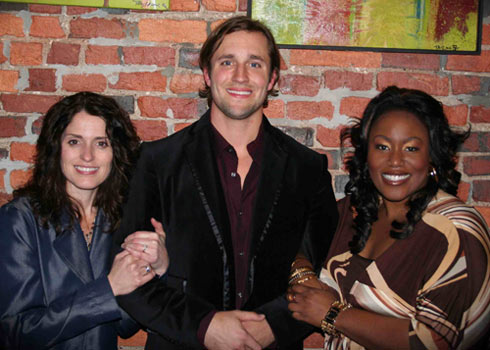