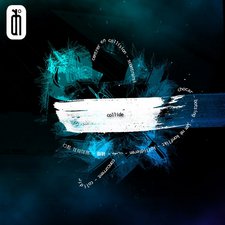 If you've never heard any of Andy Hunter's works you have done yourself a disservice. Andy is an ultra rare commodity on the Christian music scene, as he excels at making very high level techno and electronica. When most people think techno, they envision monotonous, repetitious thumping noises that seem to go on forever with no real lasting result. Not so with this DJ, he meticulously crafts every track with layers of elements, some of which are new and uniquely created by the artist for the first time.

Few seem to understand the way a beat and levels upon levels of detailed perfection can bring music to another playing field like Andy. For examples of this perfection, listen to tracks from his first album Exodus, like, "Go," "Wonders of You," and "Amazing." His follow-up EP, Life, carries even more examples; "Alive," "To Live, To Love" and the action packed "Come On" are a few highlights. Lastly, his second full album, Colour, brought about his experimental side with the bass rattling "Miracle," the bouncy "Technicolour" and "Stars," a song that goes right for the emotional core of the listener.

Now, two years later, Andy Hunter drops five more pieces of musical bliss on us. The new EP is titled Collide, and if all collisions were this good I'd be going down the wrong way of the freeway to get one. With a burst of thunder we begin the first track, "Raining Sunshine," an instrumental opener which brings a slightly similar tone to the one we got with "Stars," but if "Stars" had a club vibe to it. The racing beats in the background and the gentle piano/bell sound up front bring something of a counterpoint to this one.

The next one is a goodie. "On Automatic" delivers the first lyrics of the EP, where Andy reflects on the way life can often be lived on autopilot, singing in his best robotic voice: "I'm static, erratic, on automatic." If I had to sum it up in one word: Fun.

"Smash it, break it, shake it... Annihilate" is the prayer of the artist to be removed from the previous song's aforementioned autopilot. "Annihilate" is more on the line of Hunter's classic works. The lyrics are simple yet able to be interpreted by the listener to move away from any bad situation they may be in; always good advice.

"Dawn Vision" is about seeing the break of a new day and the wonder of God's creation through a sunrise. Again, there are no lyrics, just a sharp beat that fades in and out with what must be the vocals of Heavenly Hosts popping in once in a while.

We conclude Collide with the title track, where Andy says the final lines of this outing, "Heaven and earth collide, a beautiful alliance, together two worlds are tied, a powerful presence." Unlike most artists that tend to finish an album on a softer note, Andy always heads in the other direction, giving his listeners an up-tempo, bass thumping, fast-paced closers and this one is no different.

My only real criticism is the short length, but the EP's running time makes up for the short track listing. By the way, I have written in this review ALL of the lyrics to this EP, so you can see it's largely about the music with Andy Hunter, which is what he does best. He is one of the few artists that can speak volumes about the love and grace of God by using the scope of the actual music itself and not letting the words do all the work.