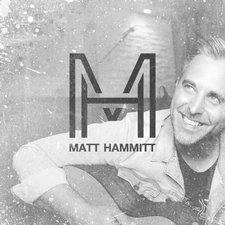 
"Eighteen years on the road / Never thought we would go as far as this."

Matt Hammitt, with the release of his first solo album since exiting his role as frontman and co-founder of Sanctus Real, never asks his listeners to take his solo music on its own terms, without comparison to his original band. You might be shocked, as I was, to hear how the opening track, "Heaven Knows," deals openly and straightforwardly with his time in Sanctus Real and his decision to leave. Later on, this record also contains a new version of "Lead Me," Sanctus Real's most successful single -- so big that it nearly broke onto the Billboard Hot 100.

When I first head "Lead Me" back in 2009, I wasn't impressed. Now, I understand how heart-wrenching and convicting the song is, and those exact qualities are what caused Hammitt to leave the band. Hearing the lyrics sung back at him during each night's concert was too hard on his conscience, and he realized that he needed to make a change that would allow him to be home more often. Matt Hammitt the album, then, is not his attempt to restart a music-focused career. Instead, it's complementary to Hammitt's new ventures as writer and speaker; don't expect to see him touring on this material. It's fitting that this album is self-titled, as this truly is the culmination of who Hammitt is and where his life is at, with songs about faith and family that coincide perfectly with his speaking and writing.

Many of these songs are beautiful, in particular the opener and the worship-ready single "He Always Wins," but the message often trumps the music. The peppy "I Saw the Light" bears a vague resemblance to the Hank Williams classic of the same name, but the similarities seem to be incidental. From the other upbeat tracks, (of which there's only four), "Could've Been" is the strongest -- a catchy number that balances weighty and confessional lyrics with a super catchy chorus and modern synth track. Meanwhile, over half of the tracks lean toward midtempo ballads. "Heaven Knows" and "Tears" are exemplary of this, and the new version of "Lead Me" fits well alongside them. Many songs were clearly written on the piano, and Hammitt proves himself to be quite the budding balladeer. To be fair, Sanctus Real's music had been slowing and softening for a while, but here, Hammitt is coming into his own as a singer-songwriter who could make a home within the adult-contemporary, soft rock sphere.

Hammitt's fine-tuned melodies and performances keep everything palatable. And while there's nothing "bad," a few songs come close, due mainly to lyrics that, despite good intentions, are presented with saccharine and schmaltz. "Life is Good" is a musical highlight -- a solid closer with an earworm hook -- but the refrain ("Life is, life is / Life is good") is such an on-the-nose way of expressing gratitude for what God has given you that it's hard to stomach and weird to sing along to. "Footprints" is otherwise lovely, except it's literally about the famous decorative poem that you can purchase from Amazon or Mardel about God walking with you even though you only see "one set of footprints in the sand." The idea is how powerful simple truths can be, even when we wrote them off for years as clichés, but that idea doesn't translate effectively. Elsewhere, thankfully, the lyrics are usually great. "Tears" might actually bring some tears, and "To the Finish" is possibly the record's best song, about the commitment of marriage even through the hard times.

Hammitt carries into this project the same weaknesses that he's displayed for most of his musical career, and yet alongside his songwriting inconsistencies, he shines with the deeply felt wisdom of the man, husband, and father that God is turning him into. Because of his keen observations about the intersections of faith and family, this album comes with my recommendation. I also recommend that you follow Hammitt's career in general, since he's doing so much more than music alone. If you see that he'll be speaking at a conference near you, you'd be selling yourself short not to at least consider going.

Matt Hammitt is back with his second solo outing (first since his departure from Sanctus Real). Sonically, this self-titled project lands somewhere between Pieces of a Real Heart and Run, blurring the lines between pop/rock and adult contemporary. The first three songs work together thematically to give you a picture of Matt Hammitt's journey as he transitioned out of being the lead singer for Sanctus Real. "Heaven Knows" kicks things off with a ballad featuring a beautiful piano melody juxtaposed against a muffled drum loop. The songwriting here is on par with some of his best, and will easily connect with someone going through a season of change: "heaven knows when a heart needs to go where it's meant to be / and it's hard to walk away from a place you thought you'd never leave / oh but I can hear Jesus calling my name saying step out on the sea / come and find what your faith is made of / come and live what you claim to believe / and follow me." "Could've Been" is a catchy mid-tempo number that is primed for radio play. The way Hammitt sings "I knew I was made for more" in the final chorus gives a small glimpse of the raw emotion Matt Hammitt has displayed in songs like "The Face of Love" or "Things Like You" from his Sanctus Real years. "I Saw The Light" (not the country gospel song) serves as the album's most exciting track with a boot stomping beat and catchy chorus. Other notable tracks are the thoughtful "Footprints" and the encouraging lead single, "Tears." There are a few less stellar moments that detract from the album a bit, such as the fairly typical radio-ready pop/rock anthem "He Always Wins" and the awkward chorus on "To The Finish," but these are minor setbacks. Overall, this album is a pleasant listen, and the first three songs come with a high recommendation as they are some of the best of the year. - Review date: 11/16/17, Christopher Smith of Jesusfreakhideout.com