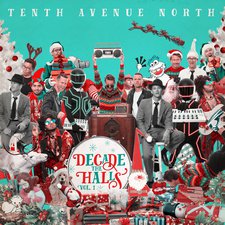 
Decade the Halls Vol. 1 is, as the name (sort of) implies, a collection of Christmas songs arranged in the pop styles of the last 100 years. It doesn't take long to hear that these guys had fun riffing on pop clichés, albeit in a hilariously self-serious way.

The album begins with "Good King Wenceslas," an accurate portrayal of early-twentieth century ragtime, complete with warbling piano, tinny vocals and crackly record sounds. The most fun aspect of this song is Mike Donehey's cheeky but earnest attempt to be a Jazz Age crooner. "O Come All ye Faithful" is given the full 30s swing treatment with an active brass section, jazzy piano riffs and tom-heavy soloing from drummer Jason Jamison. Donehey's voice fits perfectly with this style, and, incidentally, he seems to be enjoying himself as he tells the rest of the band to "swing it." If this number doesn't make you dance around your Christmas tree, what on earth will? In "O Holy Night," the band references the carols sung by crooners like Bing Crosby and Frank Sinatra in the 40s. Though Donehey does a good job on this song, bringing as much emotion and sincerity as always, his style of voice clashes with our expectations. Perhaps because of this, he is joined by singer-songwriter Jon McLaughlin, whose resonant voice brings back the "traditional" vibe.

On "The First Christmas," we're taken into the rock 'n' roll of the mid-50s with a song that pays tribute to artists like Elvis and Little Richard. As with "O Come All ye Faithful," Donehey seems to be having the time of his life as he and Zach Williams fire phrases back and forth and rock-out sock-hop-style. The guitar solo, which adds Chuck Barry influences to the mix, is also a nice touch. The next stop on the track list is 60s Detroit as Tenth Ave. goes Motown with "Deck the Halls." They don't disappoint, bringing the genre's soulful horns, driving beats and, of course, plenty of funky piano and bass licks. Again, Donehey brings his A-game as he pays tribute to the soul greats of the era. Next is a gospel rendition of "We Three Kings." Since each song covers a decade, this one is the 70s track, which may be a bit of a letdown for fans of the decade's more distinctive genres like classic rock, folk rock and disco. All expectations aside, this track has one of the best performances by Donehey, as well as an equally great one by Britt Nicole.

Now for the 80s, with the synth-tinged, Huey Lewis-evoking "Go Tell It on the Mountain." The band does an amazing job on this one, so much so that someone might mistake it for a song from thirty years ago. From there, we enter into the 90s, where Colton Dixon does his best Justin Timberlake impression on "The First Noel." In the case of the previous song, this one could have easily been from the boyband era as Dixson, Donehey and the band hit all the marks: multipart harmonies, overuse of "yeah" and that weird synth that just screams 90s. And let's not forget the delightfully cheesy "talking" cliché, where a deep voice says something romantic and heartfelt.

Next we go from "delightfully cheesy" to delightfully Weezer with "Mistletoe (The Christmas Sweater Song)." From the goofy lyrics to the guitar line reminiscent of "Island in the Sun," this song is a labor of love from a group of guys who clearly understand Weezer's style and humor. The 2010s song, "God Rest ye Merry Gentlemen," does a great job representing today's electro-pop with Ellie Golding-style vocals by Sarah Reeves and a general vibe that reflects the decade.

In short, Decade the Hall Vol. 1 is unique, endearingly quirky and all-out fun. Those of you who love Christmas music, regardless of genre or era, will want to give this a spin-or however you kids play music these days.

Perhaps the corniest and most ambitious idea for a Christmas project from a major Christian music artist, Tenth Avenue North has taken it upon themselves to create a holiday album that spans 10 decades of musical styles. The result is a fun Christmas record with a bit of a music history lesson. Tracks like the swinging "O Come All Ye Faithful" and the previously released "Deck The Halls" showcase the lighthearted and cheerful nature of this album, but it's their original song "The First Christmas" that really hits the ball out of the park. With a perfectly executed 50's rock and roll / rockabilly sound, trade-off vocals between lead singer Mike Donehey and guest vocalist Zach Williams, and lyrics like "no special cup from Starbucks / no shopping or line / but with Jesus in the manager they were doing just fine / that first Christmas," "The First Christmas" is bound to put a smile on your face. Another track worth highlighting is "The First Noel," which is a slower boy-band styled track complete with and echoing water drops and pitch-perfect harmonies from Donehey and Colton Dixon. While there is a lot to enjoy here, a couple of the risks they take don't pay off, namely album opener "Good King Wenceslas," with its static-y radio sound, and the slightly boring "O Holy Night." Just like the cover art, there is a lot to take in here, and while it can be a little busy at first, it's exciting on early listens and rewarding for repeated listens. Hats off to Tenth Avenue North for doing something unique for their first full-length Christmas album. - Review date: 11/8/17, Christopher Smith of Jesusfreakhideout.com 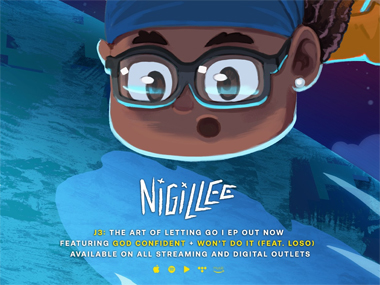