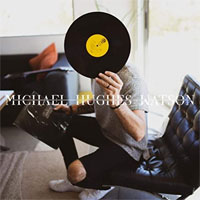 
When the debut Above the Golden State album dropped in 2008, it was something of an anomaly. At that time, the Christian music landscape was (and, to a large degree still is) populated mainly by artists generating pleasant, if somewhat nondescript, worship-inclined pop anthems designed as much, if not more, for congregational worship as they were for private listening. It was against this backdrop that front man Michael Hughes Watson and his ATGS cohorts opted to go against the grain and turn out a record filled with sparkling power pop ditties that owed far more to artists like Big Star, Fountains of Wayne and Weezer than they did to any of the praise-oriented acts dominating the inspirational Top 20 charts during that period.

Perhaps not surprisingly, the freshman effort, and the like-minded sophomore outing, were embraced less than enthusiastically by the CCM-listening community at large. Undaunted, Watson nevertheless continued to buck prevailing trends and listen to his inner muse, turning his attention to everything from '80s new wave and stripped-back piano-based ballads to ambient instrumental pieces and other works that, in one way or another, fell decidedly outside that which had long since become accepted as the norm. To be sure, at the time he first did so in 2012, the talented Oregonian was almost surely one of the very few singers releasing music written for, and performed on, the ukulele.

As eclectic as his output since the first two Golden State projects has been, none of it has managed to rise to the same lofty heights as those inaugural offerings. Unlikely as it might seem, his latest undertaking, the three-track Purify My Heart 2, does just that. Leading off with the laid-back mid-tempo dance number, "Lift You Up," Watson follows suit with the shimmering, equally relaxed folk-pop of "Only Your Love" before closing the proceedings with the silky-smooth title song, the latter of which could probably best be described as worship music to chill by. Of course, naysayers will argue that any such relentlessly understated groove threatens to make the EP a mostly dull or lifeless affair. But such is most certainly not the case. On the contrary, each of its cuts is graced with a pristine, effervescent production and tangible sense of joy that renders their sum total as energizing as it is unforgettable.

Perfectionists will be quick to point out that the melodic structure of "Lift You Up" is somewhat repetitive, while those who came of age during the days of the full-up album will likely decry the extended player's all-too-short running time. That said, one could argue that the leadoff track's inherent repetition only serves to make it that much more mesmerizing. Likewise, here, at a time when filler has largely become part and parcel of most releases, regardless of length, it is Purify's very succinctness that winds up working as its greatest asset, leaving the listener hungry for more almost as soon as the closing notes have sounded. While it's true that there's no rushing greatness, here's hoping that Watson chooses to satisfy his audience's understandable appetite sooner than later.