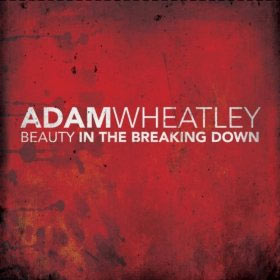 Adam Wheatley
Beauty in the Breaking Down EP

Sometimes an artist's start can come in a completely unexpected manner. Such is the case for Tennessee pop/country artist Adam Wheatley. Wheatley was randomly asked to lead his church's youth group in worship one evening, and from there, he began to feel that his knack for music would take him places. After meeting a few other singer/songwriters in the surrounding area, such as Andrew Osenga from Caedmon's Call, Wheatley started putting out his own albums, including his most recent EP, Beauty in the Breaking Down. Wheatley's EP has six songs, which all fall into the pop/country sound, with some acting as ballads. The music is pretty simply-written, which actually turns out better for him than if the music were to be more intricate or experimental. The reason for that is because the lyrics are also pretty simple. That's not to say that his message is simple, but the lyrics he uses to express the message are. For instance, "Not Going To Run" is sung from God's perspective, declaring His love for us and His willingness to help us through tough times in our lives. A beautiful message, but the lyrics say "Don't make a sound, don't breathe a word, anything you might say is already heard, your trembling hands I want to hold, oh my love for you has not grown cold." Good messages like that you can find throughout all of Beauty in the Breaking Down, but it's slightly less than adequate lyric writing that also continues for the majority of the EP. Wheatley displays a talent for singing and musicianship, and he has the potential to be a bigger star in the Christian contemporary world in the future.