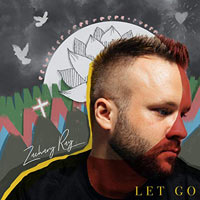 
A music teacher by trade, with over a decade's worth of experience (including teaching in India), Zachary Ray has also recently jumped into the recording side of music. 2019 saw the release of two singles, "Refuge" and "Chloe's Song," and he's keeping his momentum going with his latest powerful single. "Let Go" is a mostly somber-sounding song, with minimal instrumentation at the beginning, adding layers and new instruments as the track progresses. Starting with nothing but a rhythmic piano and Ray's echoed vocals, the song gradually adds drums, strings, synth, and some background vocals for extra melody. The arrangement of the song really helps accentuate its theme, which, as the title might suggest, is about the idea of letting go and giving your struggles to God. You're likely familiar with the saying "God won't give you more than you can handle;" this saying is very untrue, and Ray's song is the perfect example of how to handle the situations when you do have too much to handle. The first verse of the song is plainly-written, as he sings, "Days like today feel like more than I can take / when my strength is nowhere to be found / I cannot bear all this burden that I carry / inside, oh it's weighing me down." Later, the bridge is Ray finding the answer; as the song crescendos, he sings, "Take these chains of suffering / take this life, take these reins / give me hope, give me grace / give me freedom, in Your name." "Let Go" is a solid single that piques my interest in an eventual album release. It's not necessarily a radio-friendly song, but the potential audience for it is pretty wide. You can listen to it now wherever you get your digital music.
- Review date: 2/21/20, written by Scott Fryberger of Jesusfreakhideout.com 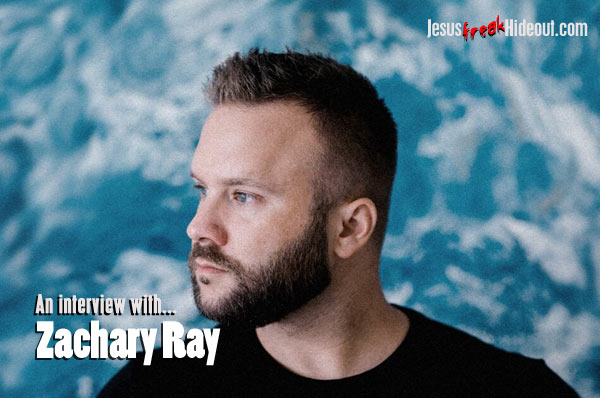 Zachary Ray: After I finished studying at Berklee College of Music, I was really looking for opportunities to use music in a way that was bigger than myself - to use it to bring hope and healing to people. I got an opportunity to work with a music therapy program in India teaching kids that come from extremely difficult backgrounds. Most of them are orphans or have been rescued from red light districts or from a life living on the streets in India. That really began my career and life living in India.

Zachary: I feel like I will always be a lifelong teacher and learner. I won't be teaching in the capacity I was in, but we can always learn something new on our journeys - music related or just life in general - that we can pass along to younger generations or older. I will start moving into a full-time career as an artist.

Zachary: I'm currently working on new music writing with my producer, Nathan Walters. Eventually I will have a full LP release later in the year.

Zachary: I worked on this song with my good friend Jillian Valentine. We were classmates at Berklee and stayed connected co-writing back and forth. This song is really a declaration song about releasing what we can't control into the hands of God and being at peace with that. This world seems so chaotic at times, but resting in His promises and knowing He has us all in His hands. He hears our cries!

Zachary: I grew up listening to CCM. Steven Curtis Chapman was one of the first artists that I really listened to a lot. [I also liked] all the early 2000s pop: Plus One, Rachael Lampa, Stacie Orrico. Studying at Berklee, I joined a Stevie Wonder ensemble and started listening to a lot of early jazz vocalists, too.

Zachary: I've been staying in the Psalms lately. Not because they are simple and pretty, but mostly when I'm writing, it's from a place of Scripture. In Psalm 46:10, it says "Be still, and know that I am God." But when I began to read more about the command to "be still," it actually comes from the Hiphil (Hebrew) stem of the verb (×¨×¤×) rapha (meaning to be weak, to let go, to release), which might better be translated as, "cause yourselves to let go."

Zachary: I feel like each of us has been given opportunities to be used in a greater way than just for our own personal gain. I'm grateful for the gift of music and songwriting and the impact it has to help shape and change the lives of people and essentially our world.