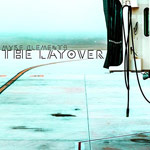 Myke Clements is an independent artist who's been involved in multiple musical genres throughout his life. Clements has been in a hardcore band, played zombie themed folk music, and is currently working on pop/rock tunes just to name a few. His newest album, The Layover, is inspired from a time period last year when he was laid off from his job. Myke's songs have a fun and innocent vibe and show the strength he was given through Christ in some of his darker days. The opening three tracks are all fun numbers, but the guitars in "Can't Stop Now" make it stand out as one of the album's better tracks. The absolute best song on The Layover, however, has to come with the bare-bones piano ballad "Sting." The modern pop sounds of "The Layover" offer a slight change stylistically and give fans of the genre something to enjoy. "Roots Run Deep" is another fun rocker, but the strange keyboard/programming in the breaks really detract from the edgier guitars. "In the Deep" blends the pop elements from "The Layover" and the piano sounds of "Sting" for one of the better sounding songs, sonically speaking. The album closes with another upbeat guitar number in "Awaken Me" and the slower strummed "Going Home." While the album features some fun tunes, it's not without its detractors. The auto-tune is strong with this one. Basically every song, aside from "You're In It," is completely saturated with it -- even the rockers. At times, the extreme amount of auto-tune used just becomes too distracting. Even though the album features some solid songs in "Can't Stop Now," "Sting" and "In the Deep," the aforementioned "You're In It" is likely the lowest point. The song is a deeply personal one that focuses on the struggles Myke felt during his layoff, but the vocal performance just isn't up to par with the rest of the album -- it almost feels as if production wasn't completed. Also, the background noise on the album's closer becomes pretty distracting, and you end up spending more time contemplating if it's rain, a crackling fire, or a hissing sound caused by the recording process. The Layover is far from a flawless album, but Clements knows how to write a catchy song. If you're looking for an indie artist to support who can provide both fun and contemplative works, Myke Clements may be what you're looking for. You can check out all of Myke's works on Bandcamp. - Review date: 4/4/17, written by Michael Weaver of Jesusfreakhideout.com