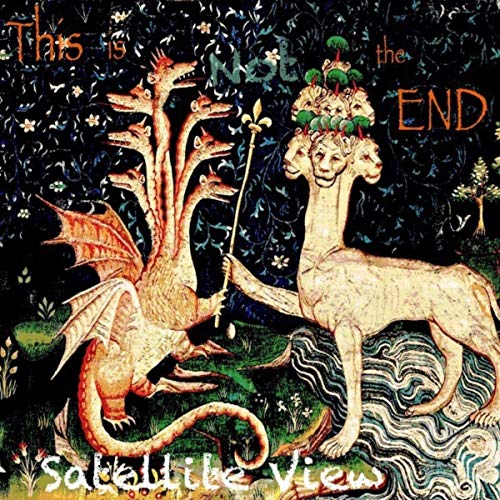 Satellite View
This is NOT the End


Christopher Lewis is a multi-talented, Floridian musician, songwriter, and producer who owns and operates a recording studio and spends a lot of his time writing his own music. Although hes been a musician since his teenage years, Lewis is now branching out into the world of releasing his music to willing listeners. Under the name Satellite View, hes written and recorded twelve songs for his debut album, This is NOT the End. Lewis musical inspirations range from the classic rock of The Beatles and Pink Floyd to modern artists like Josh Garrels and Beautiful Eulogy, and the creativity and eclectic nature of these artists really does stand out with Satellite Views music. Its A Wonder gives off that Pink Floyd vibe, with dreary guitars that sound like they came from Dark Side of the Moon, and Crisis showcases the Garrels influence, blending folky music with hip hop-style beats and even some hip hop cadence in the vocals. In fact, Garrels is a particularly noticeable influence, and Im willing to bet Lewis is a Sufjan Stevens fan as well, with tracks like Come Up Here and Fire reminding me a lot of the two singer/songwriters. Lyrically, This is NOT the End draws from some of the prophetic writings in the Bible; theres a lot of Revelation imagery used, but Lewis also pulls from the words of Daniel and Isaiah, as well. One of my favorite songs here, lyrically, is Lightning, which exudes the hope that the Church has as we await our coming Messiah: Oh my feet touch the ground as I wait for You, bringing Your crowns / And we wait in silence as were beaten down / This life brings pain, oh this life brings me to my knees / But You bring relief, You bring me sweet sleep all through the night / And echoes of my past / And like lightning in the sky, Youll come again to the Earth. This faith in who God says He is and in His Word coming to pass is found all throughout the album, and its a joy to listen to. Admittedly, Satellite View does not make music for everyone, but if youre not afraid of some experimentation and a little bit of lo-fi production, you might find a lot to like about This is NOT the End.
- Review date: 8/20/19, written by Scott Fryberger of Jesusfreakhideout.com