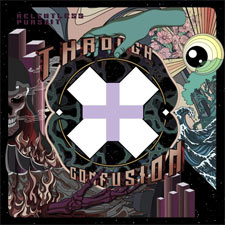 
There may not be an artist name more fitting than Relentless Pursuit. Though the name is primarily about pursuing the Lord, it also works for sole member Matthew Konradt's musicianship and attempts at getting better and better at his craft. "Flamboyant Intoxication," the first single from his upcoming album, was one of many continual steps in the right direction. The full album, Through Confusion, is even better. Not only does "Flamboyant Intoxication" sound like a producer beefed it up since the initial release, but the entire album sounds like it's on the same level. To be perfectly honest, it's not problem-free; some of the recording tracks weren't mixed in very well, the vocals are better but still in need of some growth, and there's still some distance to close when it comes to sounding crisp and clean (the drums in "Self Ate The Devil" are a good example of an opportunity for improvement). However, all that being said, this is easily the best-sounding material Konradt has released. Much of the instrumentation feels a lot more full, and the compressed sound that hurt previous releases was dealt with in a significant way. I was also rather impressed with the softer moments, which fit in with the harsh metalcore a lot better than I would've expected. "In My Mind" even features both piano balladry and metalcore. The transition from one to the other near the end is almost non-existent and very jarring, but the idea itself is good. There's also some goodness to be found in the lyrics, which cover a broad range of topics. "Enter the Void" and "Self Ate The Devil" both deal with our relationship with sin, but from different perspectives: the former calls out hypocrisy in the church that drives people away ("Do you really think you're harmless as a dove and wise as a serpent / oh my, oh please, spare me the hypocrisy / don't judge me by the rope I've climbed up on / I need to know somebody cares more about something than themselves"), while the latter deals with our own failure ("I took the greatest gift and I tore it to shreds / in my own despair and in my own faults and flaws"). But Konradt chooses to close the album on a different note with "In A Different Place," which paints a picture of the beauty of eternity with God, attempting to put into words ideas and concepts that are incomprehensible to us here and now. To reiterate, Konradt does still have a way to go when it comes to perfecting this craft. But having heard just about everything he's released in the last few years, the growth has been tremendous. Through Confusion is a huge step forward.
- Review date: 10/9/22, written by Scott Fryberger of Jesusfreakhideout.com

Relentless Pursuit is a metal project by writer and musician Matthew Konradt. Konradt plays guitar, bass, and piano while also handling vocals, drum loops, and audio production. His album, Through Confusion, can sort of be described as avant-garde in style as the songs feel like pieces with multiple movements that bend and switch styles and genres as they progress. "Flamboyant Intoxication," for example, has some operatic feeling moments, straight-up death metal blast beats, and soft piano parts with keyboards. The musical experience is eclectic to say the least. Lyrically, the album deals with a lot of darker subject matter, but also provides light and hope of better things in God. While there are some cool moments throughout, the production as a whole is lacking. Some of time, the timing feels slightly off; at other times instruments are clearly louder and not blended as well. The tracks themselves have different levels requiring you to turn the volume up and down as you listen, and in a track like "Hit the Bricks," the bass is mixed in a way where it sounds like it's clipping or playing on a blown speaker. With that said, I have nothing but respect for an artist willing to go to the fringes to put out something so unique -- my personal favorite is "In My Mind." Through Confusion covers a lot of ground and is certain to speak to someone, scratching that musical itch they've been looking for for a long time.
- Review date: 11/4/22, Michael Weaver of Jesusfreakhideout.com 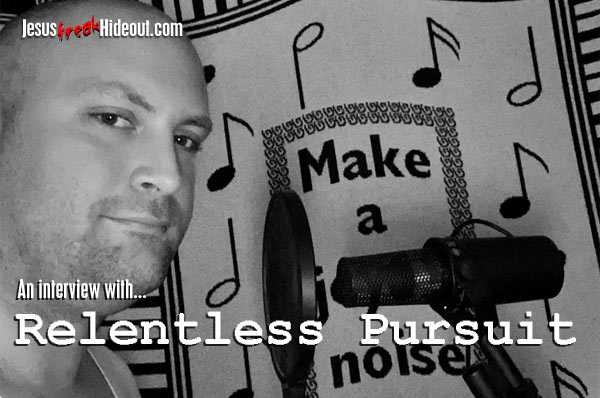 Matthew Konradt: After releasing Flamboyant Intoxication and several following singles, the album release date was pretty much improvised. I didn't feel like holding back the album for too long because I was excited and eager for people to hear it.

Matthew: I proudly collaborated with Logan Ellis from Spiderhands Productions. He did a wonderful job mixing and mastering the following songs from the album: Flamboyant Intoxication, On Probation, and In My Mind. I would gladly work with him again as well.

Matthew: "In My Mind" was a song that I wrote a while back and I felt it needed improvements in terms of production. I felt it would be appropriate to place it on the album as well as the song "In a Different Place" because I personally always liked ballads on heavy metal records. And also, I feel having a ballad or two alongside the heavier moments provides a wider listening range other than just standard metal throughout.

Matthew: Probably "In My Mind" because of the motivational message that it has. Since it is basically a love letter from God to us as his children.

Matthew: I think I will most likely spend time promoting this record and attempting to get a wider ranged audience.

Matthew: That God is there, especially in the midst of our darkest circumstances. He is the light in a dark world full of doubt and pain.

Matthew: Thank you again for the review and I hope that people will enjoy the album as much as I enjoyed making it.