Indie/hip hop artist Nathan Conrad, aka Spoken Nerd, released his third full length album back in April, following it up with a tour in support of it. JFH's Scott Fryberger recently took the opportunity to dig a little more into the artist's history and the near future...
This interview took place in 6/17/12.


Nathan Conrad: The name Spoken Nerd was originally going to be the title of an album that I was going to put out. It was going to be my first solo hip hop album. At the time, I was going by Green T. As I pondered more and more on the moniker, I decided that it was a good branding and was representative of the music I make. Love it or hate it, the name is memorable.

Nathan: I began playing music in 1993 on a bass guitar. I was in middle school and we started a metal band called Sorcerer. In high school, that band became a prog rock band and the name was changed to Joey Joe Joe Chabobalue and the Chocolate Moose Man. Around that time, I started rapping as a joke and founded two hip hop crews, Verbal Keif and The After Hours Hip Hop Project.

Nathan: Boombox Collideascope was my first Nashville hip hop group. It consisted of myself, bass playing prodigy Dennis Gowder and DJ Tanner. We were working on an album and playing a lot of shows, but DJ Tanner moved to Virginia and we split up the band. Ha ha!

Hug Life was a collaborative effort between myself and Bobby Exodus. We started performing together and naturally had a chemistry and a great friendship. We started working on an album together, but kind of grew apart as time went by. It was a product of its time. As far as a reunion goes, I never say never but we don't have any current plans.

I was in a group called Antithesis. We put out one album entitled Perpetual Emotion. Antithesis consisted of myself and another MC, Kapsole. This group really allowed me to grow a lot as an MC. Kapsole has many years on me and is a really talented guy in general. He has a great work ethic and he currently raps in a group called Addictionary along with Bobby Exodus.

Killuh Sheep was a collective that I was working on putting together. Kind of a super group, if you will. There is one track in existence and it features myself, Bobby Exodus and 247.

Nathan: I listen to a wide range of music. Some of my influences are The Rentals, Dinosaur Jr., Built to Spill, That Dog, Pavement, Stereolab, Sage Francis, Sole, Why? and Daniel Johnston. 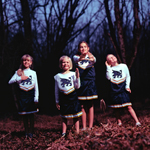 Nathan: I've always loved all kinds of music and have had visions of making really creative hip hop. Sometimes fusions can really sound bad, but when they come from a place of good song writing and production... In 2007, I was working with a label that asked that I do a sample-free album. Upon that request, I started using my experience from playing instruments and started working with different kinds of sounds. At this point, my songwriting really changed. It went from just rapping on beats to really writing out songs and being involved directly on the production end.

Nathan: Number one on that list would be Petra and Rachel Haden. Hands down! If I could collaborate with them on an album, I would listen to my own music a lot more. They are the absolute best and anything that they touch is gold. Another dream would be to have J Mascis or Doug Martsch play guitar on some stuff. As far as other rap singers go.....Fisch from Furthermore would be pretty rad to do something with.

Nathan: I've toured with Listener, Seth Moore, The Homeless Gospel Choir, Cantalouper, Beards and a handful of other groups. I'm leaving to go on tour with one of my favorite bands later this month. They're called Children of Spy and you should listen to them.

Nathan: I pretty much started that album in 2010 right after the release of Apocalypse Awareness Day.

Nathan: Most of the music that you hear on OUR TEAM IS GOING TO WIN is played by Joel J. Dahl. I play a lot of the bass lines and a few little ditties here and there. Jerry Pentecost played drums on a couple of the songs.

Nathan: "The Truth and the Lie" is about the personal nature of spirituality. Sometimes it seems that people in general cheapen the spiritual experience by making it into a production rather than a personal relationship. I often find myself in conversations with other Christians where they are trying their hardest to convert me to a belief system that I already hold a version of. It seems to me that this stems from a "Christian" culture that doesn't trust their own doctrine. There is a point where you just have to let the doctrine and the Spirit do its thing. It's like brewing beer. If you open your fermenter, you get other yeast in it and the flavor goes bad.

Nathan: I did not. "Watermelon Heart" is about protecting your heart and not casting your pearls amongst swine. I can't tell you how many times I've shared my heart with someone and regretted it. There is this misconception that you shouldn't have a shell and if you do then you are hiding something. I think that it is healthy to have a good shell. Not a bitter front where you're miserable and unapproachable, but a nice green and yellow striped shell.

Nathan: I tour as much as I can get away with. I generally play around 70 shows a year. I may up that number next year significantly.

Nathan: I have already started writing for the next album. I can't wait for you to hear it.

Nathan: Thank you to everyone who has hosted us in your homes, thrown our shows, listened to our music and/or cared about what we are doing!


Spoken Nerd's album OUR TEAM IS GOING TO WIN is available now!