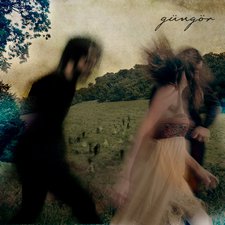 May our jaded hearts be healed
Amen

Let old men dance
Lift up their hands
Even if they are naïve, let them dance
Youve seen it all
You watch them fall
Wash off your face and dance

May our weary hearts be filled with hope
Amen


Behind the Song:
We live in a culture full of cynicism. Weve seen the leaders that we trusted fall; weve seen the wizard behind the voice, and we were disappointed. I have noticed with a lot of my friends that grew up in the Christian church that those who are reflective often have a particularly difficult time with not becoming jaded and cynical in the light of all of the visible hypocrisy and shortcomings.

In fact, I know some people who have become so jaded that they freely spill it on others wherever they go. It wasnt enough for them to have lost their own song, its like they are trying to rob others of theirs as well.

This is a song to the jaded  and not just the jaded in others but also the jaded in me. A song inviting the listener to relax let it go and dont spill your cynicism onto others. Instead of allowing all of your unanswered questions to fully consume your joy, just enjoy the dance. To me, thats largely what faith has become. Yes, I have my doubts and questions and everything else, but at the end of the day, its not what questions I have in my mind but whether Im going to join the dance or sit on the outside and sneer. Id rather dance.

Musically, this song is scaled back quite a bit compared to others on the album. The acoustic part is actually fairy difficult to play though. Its a 3-over-4 pattern that seems like it should be in a more complex song, but somehow it works for me with the simplicity of the song. It helps it not be too kitschy with the songs simple and almost childlike chord progression in the key of C. Its the complexity conforming to simplicity for the sake of the joy of the music. Thats what this song is all about to me.

I originally was going to just have this song be vocals and acoustic, but John Arndt, who helped me with most of the string arrangements, was really hearing the strings and flutes coming in at the bridge, and Im glad we went that way with it. When those strings come in, I imagine the old man and the children all dancing in this innocent waltz-like circle together.

Its also worth mentioning Jason Morants guest vocal appearance on this song. I am so honored that he would do that for us. He was a worship leader years ago, and one that I was quite inspired by, actually. We were signed to the same label and went through a lot of the same experiences and even social circles. Ive had meaningful conversations with Jason over the last year or two, and he has become a dear friend. I wanted him to sing this song with me because we have dealt with some of the same issues and faced similar doubts and jadedness. After recording this for us, he told me that singing this song was helpful for him. May our jaded hearts be healed, Amen.