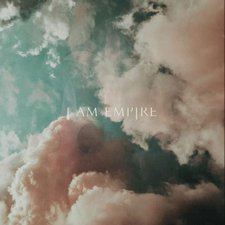 I Am Empire
Another Man's Treasure EP


It's been over seven years since we've heard anything new from I Am Empire. The band made a mark in the Christian rock industry, as Austin Lions' unique voice paired well with their impressive musicianship. The rock group released their debut record, Kings, in 2011. They followed that up with Anchors in 2013, but have been silent since then. Seven years later, the silence is finally broken, as they decided to release a 5-track EP titled Another Man's Treasure, consisting of three b-sides from Anchors, and two acoustic tracks off of Kings.

The fiery "Airwaves" is a solid opener, showcasing what the band does best. It would sound fantastic in a live setting. "Clever Nightmare" picks up the pace, being the heaviest number on the record, and it includes a sweet solo from Andrew Stanton that is sure to put a smile on fans' faces. The slow burning "On A Rainy Sunday" is an excellent song, as Austin passionately sings about marrying the love of his life. It has a similar sound to "Daylight" from Anchors. Closing out the EP are acoustic renditions of fan favorites "Foxhole" and "You're A Fake." Both are simple, which works to their advantage as they showcase Lions' voice.

It is a wonderful thing to hear new music from I Am Empire. While these aren't brand new recordings, fans will be very pleased to hear these unreleased songs. The EP has quite a bit of diversity throughout its short runtime, and hopefully we will hear some more from the group soon. Regardless of the band's future, fans will love Another Man's Treasure, and should certainly give it at least a few spins.

I Am Empire's tenure on Tooth & Nail Records lasted a mere three or four years, giving us only two albums before the band split. Though some of the members did go on to form the underrated Talkie, I Am Empire's presence in the rock scene was sorely missed. Another Man's Treasure is equal parts surprising and delightful. The three b-sides are excellent and would've been great additions to Anchors, displaying both their heavier rock sound and their ballad skills. It's also a treat to hear some even older songs done up in acoustic fashion. "You're A Fake" was one of the first songs I had ever heard from the band, back when they independently released their self-titled album, so hearing it revisited is pretty special. The purpose behind this release is pretty unclear, but one can only hope it's to signal a reunion and (hopefully) some new music. But if not, this EP is hard to complain about. - 8/29/20 Scott Fryberger