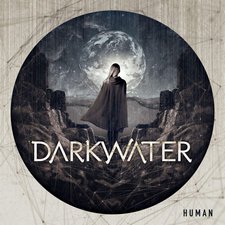 
While it's true that nearly every artist sounds at least a little like someone else, some groups have drawn from their influences a bit more overtly than others. In the wake of the Beatles' debut on the Ed Sullivan show in 1964, hordes of bands on both sides of the Atlantic rushed to emulate the Fab Four's trademark catchy melodies, jangling guitars and soaring harmonies. In the same way, when Steven Tyler and his cohorts in Aerosmith debuted in the early '70s, they were dismissed by more than a few critics as mere Stones knockoffs.

In more recent years, Creed were often categorically described as a poor man's Pearl Jam. The turn-of-the-millennium alt-pop/rock stylings purveyed by U2 and Coldplay have been replicated, in some cases to a tee, by performers too numerous to mention. And one need only whisper the name Greta Van Fleet to raise the hackles of roughly half of the existing members of the Led Zeppelin fan base who still spend their time investigating new music.

The Swedish five piece, Darkwater, arguably fall into the abovementioned of-obvious-lineage category. To be sure, even the most unfaltering of naysayers would have to admit that the dark lyrical undertones ("The Journey"), shifting musical dynamics ("Burdens") and epic symphonic textures ("Reflection of a Mind") that undergird the group's latest effort, Human, owe a substantial debt to progressive metal pioneers like Fates Warning, Queensrÿche and, especially, Dream Theater. The fact that the individual tracks - only one of which times in under six and a half minutes - happen to fit together to form a concept album of sorts, will only serve to cement the comparisons.

Of course, many a so-called replica band has gone on to emerge from the shadow cast by their forebears and forge their own musical identity. To their credit, Darkwater front man Henrik Bath and his companions have debatably achieved this feat, albeit intermittently, on their latest outing. To be sure, in more than one place during the proceedings, the intrepid quintet is able to turn out material more streamlined, groove-intensive and melodically rich than the average composition in their forerunners' back catalogs. Indeed, it serves as no small compliment to say that, for the most part, the group manages to draw inspiration from each of their predecessors without falling into the trap of sounding exactly like any one of them.

In the end analysis, any given listener's assessment of Human will largely boil down to the relative importance they place on innovation versus accessibility. Those who favor the former may find the record a bit too familiar-sounding for their tastes. Those willing to listen with more gracious ears and take it on its own merit, on the other hand, will be far more likely to recognize the album for what it truly is: a solid and engaging project that reflects quite nicely upon its enthusiastic and talented creators.

Nine years is a long time to wait for a band's third album, but that's what it took for Darkwater to release their third album after 2010's Where Stories End. Hailing from the Swedish melodic metal mainstay label Ulterium Records, Darkwater may not have built a big catalogue over their sixteen years as a band, but they have no shortage of experience playing together (in fact, three of the band's members also formed fellow Ulterium act Harmony, and two of them are still members of that band too). And it only takes one listen to Human to tell that this band has some real ability and fantastic chemistry.

Starting off with a forlorn piano before launching into some powerful dualing keyboard and guitar riffs, "A New Beginning" is an appropriately powerful and exciting opener that sets up the fun and cinematic appeal of the rest of the album. While definitely hailing more on the side of Dream Theater-esque progressive metal than the type of power metal exhibited by labelmates Theocracy, there's no denying that Darkwater knows how to write some solid hooks, keeping the album interesting throughout the 76-minute journey that features nine songs of six-plus-minute runtime (and three over nine minutes). Nowhere is this more evident than the behemoth 11:32-long track "Reflection of a Mind," which launches from one memorable melody into another without feeling the need to repeat itself outside of the massive, soaring chorus. But while that one song offers the full package of Darkwater's ability, each of the others highlights other specific strengths of the band as well.

Human is absolutely a fun and memorable listen for those who are fans of the progressive metal scene, and outside of perhaps the meandering "The Journey," and the somewhat-out-of-place prelude track "Alive (Part I"), every song here hits its mark. I wouldn't necessarily say there is anything especially groundbreaking or unique in the realms of prog metal, but it is such a well-made and well-structured album that few will find much to fault in that regard. And for those who aren't already interested in the prog metal scene, Darkwater's Human would be an excellent introduction. - Review date: 4/14/19, Mark Rice of Jesusfreakhideout.com