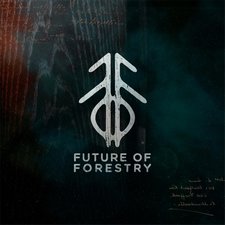 
Future of Forestry, aka Eric Owyoung, has been releasing incredibly consistent albums that have been criminally overlooked since 2006. As an independent musician, it is tough to get the attention of the modern-day music listener with the glut of options at our fingertips and radio listeners satisfied with the status quo. That leaves artists like Future of Forestry with his smaller but loyal fanbase continuing to plug along faithfully. His high-quality art gets better with each subsequent album, and more people need to hear it.

Titled Remember, this album of eight new songs is like a warm hug or hot beverage on a cold and rainy day. It is somehow both familiar and fresh and ultimately a comforting listen. That's not to say that it's a boring album at all, because there are big anthemic moments that would make artists like Coldplay jealous. In fact, what we are treated to across nearly the entire eight tracks is more of Eric's tremendously tight string section and big drum combos that he is known for. "Turn Your Heart" wastes no time featuring a flowing piano line and steady percussion paired with earnest rafter-raising vocals. The lyrics are no less earnest, with God calling to his children to, "Turn your heart to Me, child, always/Entrust your life to Me, child, always." After such a rousing opener, "Sight of You" takes a slow-burn approach confessing that, "All the things I have won't fill me/All the money in the world won't do/All I needed was your love to find me/I'm alive at the sight of You." Next up, "Listening" and "Tears" are both as reassuring and emotionally satisfying reminders of God's love for his children as you'll hear. The latter utilizes the lyrics to drive that point home, and the former employs an instrumental musical build to perfection. Lastly, "Free" capitalizes on the foundation of our identity in Christ established in the previous six tunes to communicate our freedom in Christ to be who He created us. While the song is short on depth in the lyrical department, the music more than makes up for it, though on its own, the song could be problematic message-wise.

While I could go on, I will suffice it to say that Future of Forestry has delivered another great album, and I hope that his fanbase will swell in number as this music is begging to be experienced by a greater share. Overall, Remember strikes all the right notes, reads the moment well and acts as a healing balm after a long year and a half. Must hear tracks are "Turn Your Heart," Listening," "Tears," and "Free," though you should just buy the whole thing post haste. This reviewer has purchased the whole record (a rarity these days), and added it to the growing list of top ten albums of the year candidates.