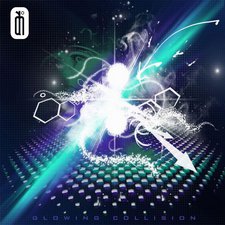 
Glowing Collision is the first installment in a two-volume set which, as Hunter fans have undoubtedly already surmised, features remixed versions of tracks pulled from his preceding two projects, the Glow and Collide EPs. As with any outing of this sort, the results can tend to be a bit all over the map. The simple, yet infectious melody line of "Collide" renders it as hypnotic as it is insistent. "On Automatic" sounds like a kind of musical only child of Lipps Inc.'s "Funkytown" and the Beastie Boys "Intergalactic," which is a very good thing, indeed. Beth Bullock's vocals on "Spiral" are a streamlined delight. And, underneath the pulsating dance-friendly sheen of the stirring "Hold On" lurks an equally great rock and roll song.

For the most part, the rest of the EP is just as solid, and any complaints that might be lodged against its individual cuts -- e.g. "Spiral" is a bit too sonically busy and "Glow" is slightly repetitive and runs a tad too long -- are fairly minor in the grand scheme of things. And, truth be told, a head-to-head comparison to the songs on this album and their original-version counterparts comes down, by and large, to a matter of listener preference, with neither of the versions weighing in as clearly superior. That being said, fans who already own Hunter's back catalog will find the remix EP interesting, if not quite essential. For everyone else, the Glow and Collide extended plays, or really any of Hunter's other previous efforts, still get the slight nod when it comes to being a more ideal jumping-off point from which to begin their exploration of the artist's music.