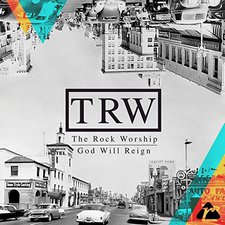 The Rock Worship
God Will Reign


For some inexplicable reason unknown to this reviewer, other than to presumably expand the music's audience, a live worship album from 2014 is being re-released in 2017. As far as I can tell, nothing has been changed or added to God Will Reign by The Rock Worship, which is the music ministry of The Rock Church, a multi-site, multilingual church network based out of Anaheim, California. Luckily for Dream Records, the label that's redistributing this three-year-old collection, it has gotten its hands on an usually strong entry into the over-saturated live worship genre. And luckily for The Rock Worship, by virtue of this being a live recording where the crowd is ever-present, the album hasn't aged poorly at all.

"Unstoppable" comes sprinting out of the gate with its battle cry, "God is building His church," making as great a start as imaginable to what was likely one evening of music -- at least, that's what this hour of music feels like. "Unstoppable" highlights the best aspects of the album as a whole: songs that are both worshipful and fun, singers that are passionate without overindulging in adlibbing, and surprisingly tasteful and inventive musicianship--especially from the electric guitarists. The upbeat numbers, like "All" and "Love Love Love," are absolutely effervescent, defying the ambient moods of most modern worship and instead partaking in pop bombast that wouldn't be out of place on a Hanson album.

The worst aspect of listening to God Will Reign is the false precedent that "Unstoppable" establishes. While there isn't a weak entry here, there isn't anything as great as that opening track until eight songs in, with the aptly titled, truly epic "Matchless Name." Also, the outstanding male and female vocalists who lead us through "Unstoppable" get replaced for the next two songs by David Dirmann, one of the executive pastors of The Rock Church. He's also the songwriter behind nine of these twelve songs, so it should be mentioned that his songwriting skills are excellent. Unfortunately, Dirmann's singing skills do not match his writing skills; he has a throaty, Randy Newman-like quality that keeps him from really "selling" the triumphant lyrics he's penned. The four songs where he has leading duties could've benefitted by being handed over to the many fantastic singers who shine throughout the rest of this album.

The variety here is usually a good thing, though, from the different styles to the different singers. One probably wouldn't expect songs with the commonplace titles "Praise the Lord" and "I Let Go" to actually be interesting, but they are and then some; the dynamics, from unexpected builds to unorthodox shifts in drumming patterns, should keep anyone invested in what's going on here, even when the obstinate hugeness of the live recording occasionally threatens to suffocate. And for a relatively obscure church to make an album this powerful, this magnetic, and this vibrant -- even now, three whole years since the original release date -- means that we should be expecting plenty from The Rock Worship in years to come.