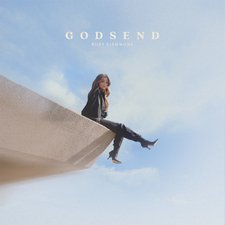 
Riley Clemmons' sophomore album, Godsend, is fresh with its emotional melodies, contemplative themes, and the artist's vocal prowess. Clemmons first graced the music scene with her hard-hitting vocals on her 2018 self-titled debut album. Listeners got a taste of her talent with songs like "Broken Prayers" and "Better For It." Audiences quickly learned that Clemmons, though young at 18, had a fresh perspective and something to say. Her modern pop sound is a welcomed presence in the Christian music scene. Her first album fared well, premiering at No. 13 on the Billboard Heatseekers Albums Chart, and her sophomore project is a fair match.

As a cowriter on every track, Clemmons contributes her perspective on what it is like to live in her 20s. Broadly speaking, the songs talk about how God shows up for His people in their everyday lives. Notable songs are "Keep on Hoping," "Fighting for Me," and "Over and Over." These songs show the album at its best: strong melodies backed by Clemmons' emotional voice laid over compassionate lyrics. Lyrics like, "You will never stop fighting for me/when I can't fight for myself" ("Fighting for Me") remind us that God is there at our lowest. "But somehow you choose me/over and over again" ("Over and Over") shows that God continually chooses us even though we do not deserve Him. These themes run rampant all over CCM, but the tracks here persuade with their engaging melodies and Clemmons' powerful vocals.

Another standout on Godsend is "Headspace," which is the most thematically different from the rest of the album. The song ventures into the topic of mental health saying, "You can't have my headspace/Won't let you in my safe placeYou can throw another stone/But you're never gonna see my heart break." It is a very appropriate song for this day and age. It is a very brave topic to address and a brilliant move on Clemmons' part.

As usual, the typical criticism is that Christian music needs to up its creativity and imagination. Unfortunately, this album is no different. In general, the latter half of Godsend is weaker than the first half. The latter half suffers from overused themes and recyclable lyrics. The interesting melodies at the top half are largely void from the bottom. "Stuck inside My Head" (a song from the first half) struggles to find a main idea. It is so vague that it essentially serves as an intro to "Headspace." Another song, "When Nothing Hurts" (on the second half), struggles to find its own sound. Resembling "Fighting for Me" in its melody, the message of staying intentional with God in peaceful seasons gets lost in its similar sound. "I'm Not Alone" is reminiscent of Kari Jobe, but confuses with a somber melody and triumphant lyrics.

All in all, Clemmons' vocals are undeniably powerful. The first half of the album, as well as standout songs throughout, outweigh all the creative missteps along the way. Though Christian music tends to lean heavy on conformity, there is still a lot to like here. Godsend is a well-done follow-up to her debut album. Clemmons has a powerful arsenal of skill and songs. This album is a pleasure to listen to and a good addition to this year's musical landscape.