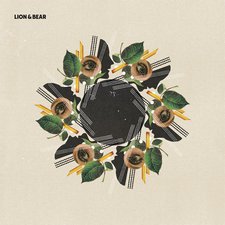 Lion & Bear
Greater is He EP


The latest worship offering from BEC comes in the form of a four-song EP by a newly signed act, Lion & Bear. The Southern-California act (not to be confused with The Lion & the Bear, Lion Bear Fox, or any of the other similarly named bands) is comprised of two brothers-in-law.

Greater is He drops on September 11, and boasts a handful of superbly (perhaps over) produced worship songs, all of which are worth a listen. The EP opens with the title track, "Greater Is He," a fast-paced song somewhat reminiscent of Casting Crowns. The lyrics are acceptable, but also a little generic: "Darkness stands so tall / but love will conquer all / faith is my shield / the Spirit my sword / and the battle will go on / but the war has been won."

The next track, "Held By Your Love," is a stronger song, offering some more unique sonic textures and simple worship lyrics, such as "when memories come like a plague / with waves of anger rushing over me / there's beauty in the brokenness I see / in the middle of my tragedy / You walk right through the fire here with me / You say that You will never leave." The one track carries and conveys a deep emotion and, as I will discuss later, is one of the main places where the band's "soul" peers through the EP.

The vocal driven "Lighthouse" follows next, featuring a nice mix of acoustic and synthetic sounds. The closing track, "Stillness," almost seems like a song that NEEDTOBREATHE would write and feels even more radio friendly than the earlier tracks.

The Greater is He EP's greatest "failing" is that it is far too short and diverse of a project for listeners to pick up on a steady and consistent theme across the four tracks. The slight overproduction and "made for radio" vibes are almost certainly contributors to this, and while each song is solid in its own right, none feel highly original or unique when viewed from the perspective of "what other act might have performed this piece?" In no way is this shortfall catastrophic, but it would be excellent to hear a series of songs which are definitive representations of the duo's style or "voice" in the ever-expanding industry.