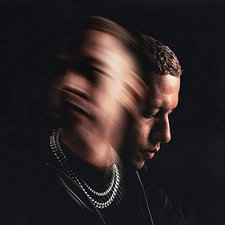 
Christian hip-hop artist Gawvi has been a well-known name in the industry for quite some time, as he not only creates his own music, but also produces for other artists such as Tedashii, Trip Lee, and Derek Minor to name a few. With all of this experience under his belt, it's obvious that Gawvi has a knack for the genre, which is made clear in his latest release, titled Heathen. While this record doesnt do much to shake up the general formula, its solid hip-hop that will certainly be enjoyed by his fans.

Things open up with the short children's choir-driven Difficult, before picking up the pace with JIT and Skulls, which both set the overall tone for the album. The comical and funky "Climate Change" is a nice change of pace, and showcases what Gawvi does best with borderline corny, yet effective lyrics. One of the strongest tracks featured here is the previously released single, Not Too Far, as he describes what it was like for God to open his eyes and see the light: I ran a million miles away / You catch me testin' out my faith / The only thing that never changed was you / I know that every single step that I'm takin' / Is covered in your love, no hesitation. Another solid lyrical point is made in the song SIN, where he boldly proclaims, I may have sinned / But the devil wants me to think that we wont win." This is an important reminder because, as Christians, we can have assurance that we will win the war through Christ, even if we lose a battle.

Other album highlights include Girl, Criminal, and the smooth Who You Gon Be, which features the fantastic additions of Trip Lee and Israel Houghton; the trio works quite well together, and it ends up being one of the strongest tunes on the record.

While this endeavour has its strengths, unfortunately some flaws come along as well. For example, with 17 songs, some of the tracks start to blend into each other after some time (such a JIT, Feed Dah Gang, and Forty5). Also, the closing Sinners Chaos makes for an odd ending to the record, as most of the 7-and-a-half minutes is Gawvi having unnecessary small talk with his friends. A shortened version would have made for a comical interlude, but it disappointingly sticks out like a sore thumb, especially since its the closer. With that being said, this project has plenty of fun and enjoyable parts, and should be well-received by fans of Gawvi, or the genre in general.