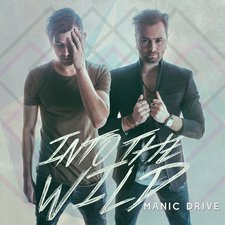 Manic Drive
Into The Wild


Longevity is tough to achieve in the music industry. What it means to be "relevant" is constantly shifting, new artists come onto the scene all the time, and labels are dropping artists like flies. Manic Drive has been making music for over 20 years now, and that is no small accomplishment. The band started off releasing music independently as One Cross, made their major-label debut in 2005 as Manic Drive, went independent again, and are now on their own imprint, SELECT Entertainment Group. The fact that they are still going and not a big name has almost inherently given them an underdog status, and with their new album, Into The Wild, they certainly make you want to root for them.

Manic Drive has stepped up their game since Epic and VIP with improved songwriting, more effectively executed risk-taking, and stronger melodies. The prime example of their growth is found in "Forgiveness," which is arguably Manic Drive's best song since their album, Reset & Rewind. With an electronic beat keeping a steady pace, this mid-tempo number is a heartfelt plea for forgiveness that can either be interpreted as a prayer to God or a confession to a person. Lead singer Shawn Cavallo's quasi-screamed "I need your forgiveness" scattered throughout the song throws back to the more aggressive vocals from Reason For Motion and Reset & Rewind, making this honest song feel even more raw (which is not an easy thing to do when surrounded by synthesizers).

Another highlight is the lead single "Easier," which is a "ballad" in the same vein as "Closer" from their Blue album. Also a prayer of sorts, "Easier" finds Cavallo asking for strength when times are tough, "we can never reach new heights / without obstacles to climb / no, getting there isn't effortless / I'm gonna need a hand with this." It's a fairly dynamic song with builds and tempo changes, and shows how much more comfortable the band is using synthesized beats. Thankfully, there are real drums that show up too, such as the title-track (which has a neat flute hook) and the saxophone-infused "Fun-K." The latter is a bit different for Manic Drive, boasting an fast-paced lyrical flow, and an especially impressive delivery in the bridge.

While some tracks on Into The Wild contain some of the best songwriting we've heard from the band in a while, others have some of the same unsubstantial lyrics we've seen on their recent albums. "Stiletto" and "Ceiling" are two examples of this, although admittedly the rhyming is better and the music is not as cheesy compared to Epic and VIP. It's clear these songs are mostly just meant to be fun, and they definitely succeed in that regard. There is one song, however, that just falls flat. With a standard dance-pop guitar riff and underwhelming lyrics about "keeping it 100," "Mic Drop" is a weak track, and an odd choice as an album opener and second single.

Into The Wild has moments of thinking outside the box (I'm looking at you, cowbell on "Be You Beautiful") and others that are fairly normal, but in the end, it is a fun record that can make you dance while encouraging you to step out in faith. More than a collection of singles, this record is thematically and sonically connected--especially the song combination of "Ceiling," "Into The Wild," and "Easier," which flows together like a loose story. This is a heavily electronic pop album, so if you are not a fan of synthesized beats, this album might not be up your alley. But if you enjoy pop music that sounds like a cross between Family Force 5 and Royal Tailor, this one is for you.

On the surface of things, it's a little hard to tell whether Michael and Shawn Cavallo are a pair of serious artists dead-set on making a profound, earth-shaking musical statement or simply two siblings whose chief aim is to have a good time and make sure their listeners do the same. The arty poses and serious looks that grace the album cover would seem to suggest the former, while (ostensibly) tongue-in-cheek song titles like "Mic Drop," "Stilettos" and "Fun-K" place the brothers squarely in the latter camp. Pragmatically speaking, though, one listen to the effervescent dance-pop of "Singing in the Rain," the soaring power balladry of "Aviator" or the confident reggae-pop of the title cut should be all it takes to render any such discussions about underlying intent mostly academic. Into the Wild won't likely change the world, set new musical trends in motion or reinvent its target audience's theology, but it will elevate their spirits, move their feet and lodge itself firmly in their long-term memory - all of which means that, taken on its own, admittedly modest, terms, the record qualifies as a most definite success. - Review date: 11/14/17, Bert Gangl of Jesusfreakhideout.com