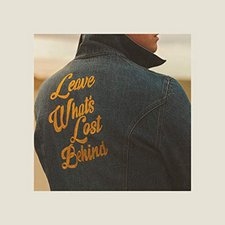 
Colony House is back in 2020 to kick-off a new decade with their third full-length album in six years, Leave What's Lost Behind. Known for their catchy indie-rock songs and relentless touring schedule, they slowed down enough to give this album the most amount of time in the studio that they ever have to date. It shows, in the best of ways, as they stretch themselves vocally, dabble with musical experimentation, and explore new depths lyrically. Traces of the youthful naivete remain from their 2014 debut, but thankfully the band has grown, continuing to do so here. Undoubtedly, the return to the helm of producer Ben Shive plays a big role, as his steady hand, piano embellishments, and string arrangements help steer the boys forward with their most cohesive effort yet. Truth be told, after listening once, be it mood, expectations, or some other factor, I almost wrote this album off as disappointing and bland. On the contrary, further listens and a deeper look at the lyrics reveal this as their best album yet.

Released as the lead single in late 2019, "Looking For Some Light" sets the table perfectly with a big declarative chorus, sweeping string arrangement, and strong thesis statement. "And darkness blurs the vision/Like a veil before our eyes/that love alone is able to divide/you know everyone's looking for some light." It's a confident theme of light vs. darkness that they call back throughout the album, weaving it in and out of nearly every song. After showing their hand in the opening song, the rest of the album is best listened to using the three "Runaway" interludes as the compass. It may or may not to be true, but it seems as though the three separate interludes were once one song that was split into three to better frame the album as a whole. If you listen to them one after the other, they flow together seamlessly. Either way, "Runaway Pt. 1 (Love Has A Limit)" reveals the lie that this self-proclaimed prodigal has believed; that love has a limit. The rest of the album is spent debunking this lie, and reminding that this is not the case with God's love.

Other highlight songs are the to-thine-own-self-be-true encouragement of the danceable "Original Material," the groovy "El Capitan," the finger-snapped R&B infused "Where I'm From," the frenetic "Take It Slow," and the satisfying closer, "The Hope Inside." In all reality though, there isn't a weak song in the bunch. Just when you think "Take It Slow" may tread too closely to the sonics of the When I Was Younger era, they drop a hip-hop breakdown in the latter third of the song. "Trying" could begin to sound too one-note if that wasn't exactly the point, as the lyrics draw attention to the inevitable frustration of trying to do life alone. This is a theme also alluded to and communicated with even greater effect in the contrasting "Why Even Try." To add to the diversity, and yet remain in the theme of the album, frontman Caleb Chapman shares a sweet ode to his wife on "Julia." The vocals are most notable, and they contain a certain Beach Boys quality with a big assist from a heavenly piano and strings combo bearing the fingerprints of producer Ben Shive.

Lyrically, there are golden nuggets scattered throughout, with "Leave What's Lost Behind" being another highlight worthy of attention. In it, the protagonist and God take turns communicating, with God ultimately calling him to listen and reassuring with the lines, "Are you listening?/Are you listening to me?/Or are you pushing at the wall just to see if it comes crashing down?/You've been trying not to fall but you've been standing on some shaky ground/Some shaky ground/But this foundation/Is something real you can believe in." Also of note, Chapman employs his lower register and does his best growling 80's rockstar impersonation, adding another little nuance. Lyrically, "The Hope Inside" shines brightest amidst an album of superb songs. Utilizing a non-traditional song structure, this closing song completes the journey with the best word pictures and execution of the entire album. Verse two contains these lines that present such a visceral picture of the human struggle with light and darkness, "Dancing with the ocean/Caught up in the tide/I can feel the motion/Pull me out to the cold and darker side." Later, the song and album come to such an incredibly satisfying conclusion that you really just need to hear for yourself.

Leave What's Lost Behind checks all the boxes of a fantastic release. There is growth, depth, nuance, struggle, doubt, longing, and ultimately, hope. Though the source of the light sought after is never named explicitly, it's clear that Jesus is the hero of the story. He is the light in the shadowland, the firm foundation, the one to build your identity on, the Truth that outweighs the lie, the compass showing the way, the hand to hold in loneliness, and ultimately the hope of heaven. Colony House has started a new decade with a bang, and served notice of a top-ten album-of-the-year contender.