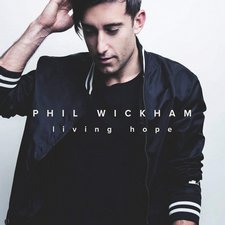 
In a market as overly saturated as worship, how does an artist stand out from the crowd? What can an artist say that hasn't already been said? Although the classic lament that there is nothing new under the sun stands true today, an artist can still shine by applying their own special something to a style of music that few, if anyone, can replicate. Worship veteran Phil Wickham understood this more than anyone. His stunning falsetto made him instantly recognizable and his music was similarly beautiful. Songs such as "You're Beautiful," "Cielo," and "Mercy" established Wickham as one of the best songwriters in the genre and, in this reviewer's opinion, Cannons remains one of the most splendid worship records of the 2000s. In 2013, a song by the name of "This is Amazing Grace" was released and it quickly became one of the biggest hits of the past five years. It blended Wickham's signature quality songwriting with a flourish of EDM that worked incredibly well. It was the perfect example of an artist catching lightning in a bottle because it came out right around the time EDM in worship was starting to gain traction. Yet, as the popular phrase implies, the chances of ever catching that bolt of lightning again are practically nil. Children of God proved so by trying so hard to recreate "This is Amazing Grace" that most of the songwriting came across as forced and uninspired. Would Wickham come back and craft something as lovely as his past projects?

Enter Living Hope, Wickham's seventh full-length studio project and the first to be co-written with a host of other popular names, including Bethel's Brian Johnson ("Living Hope") and Passion's Kristian Stanfill ("How Great Is Your Love"). Living Hope is Wickham's most congregationally friendly release to date and although this means that it is easy to sing along with, it's also, sadly, filled with recycled melodies and lyrics. Musically, Living Hope continues to follow the trend of anthemic, EDM laced music that in turn continues to be a forgettable product of its time. The songwriting and production sound so disappointingly artificial that the record simply does not come across as anything more than an impersonal product for the masses. Although bright moments surface on occasion, such as the lush pop number "Till I Found You" and the beautifully stripped back "Tethered," the body of songs they are a part of is so tediously homogeneous that it's challenging to draw out specifics.

As someone who once heralded Phil Wickham as one of the best artists in the worship industry, a record such as this deeply saddens me. Wickham's gorgeous falsetto is rarely given a chance to shine, the music is a direct replica of his previous effort, and the lyrics utilize metaphors that have been used in worship music since its inception. Outside of congregational use, there is little to come back to, which caused me to ask who was it made for. Was it made for the people who sing it or was it made for the God who hears it? As a listener, I cannot help but feel as though Wickham, and modern worship music in general, has turned its focus inward and away from the One who truly matters.

As always, Phil Wickham's beautiful vocals and passionate heart for Jesus are on full display for his 7th studio album, Living Hope. While there are several songs that lyrically and musically retread what has been done many times before ("Christ Is Risen," "How Great Is Your Love"), overall Living Hope is a pleasant listen with a mix of songs for personal and corporate worship. Noteworthy tracks include "Eyes Fixed," "Tethered" and the already widely successful title track. - 8/5/18 Christopher Smith