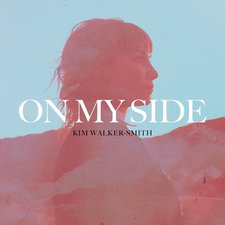 Kim Walker-Smith
On My Side


Worship musicians have it pretty tough. Not only are they obliged to come up with something musically and lyrically creative, but their albums need to go deeper and bring listeners into thoughtful states of devotion. In that sense, praise albums are weighed on two scales: originality and worshipfulness. Even an industry veteran like Kim Walker-Smith, president of the Jesus Culture Music label, could find this to be a nearly impossible feat. For the most part, On My Side succeeds at bringing something sonically worthwhile to the Christian genre palette, but it occasionally struggles to maintain a worshipful atmosphere.

The biggest source of mediocrity present on the album lies in the generic lyrics. Topics include spiritual closeness to God, victory in His strength, and desiring to know Him better. There is a thin thematic vein of giving up the self and trusting God, as heard on "Brave Surrender" and "Undone," but this statement is made on essentially every other worship record out there. The tune "I Know" serves as an example of how Walker-Smith doesn't seem interested in twisting or expanding oft-used clichés ("I know nothing is impossible/I know every chain is breakable/I know on Christ the solid rock I stand").

That being said, Walker-Smith's "less is more" lyrical approach is where her writing really shines. The line "I'm here at Your feet/Jesus I need/Just one touch" in "Just One Touch" conjures up the depth of biblical imagery in merely a few words. Likewise, Walker-Smith takes a well-known idea in "Throne Room" ("My heart can't contain/The weight of Your name/And all I can say is/Holy, holy, holy are You") and makes it all the more reverential by pondering the heaviness of God's name. Still, neither of these verbal snippets stand up to the chorus of the most powerful song on the album: "Awaken Love." The simplicity of "Jesus come, Jesus come/My first love, my first love" might not seem like much, but when coupled with orchestral swells and an emotional delivery, it makes for one of the most moving moments in the runtime.

This song also finds its strength in clever instrumentation and effects, a trend that is consistent throughout the album. A subdued piano and electronic percussion intro is layered with a peculiar vocal hook that transitions seamlessly into the rising strings of the chorus. Combined with the tracks "Just One Touch" and "On My Side," the middle third of the album fits within a cinematic style that works extremely well.

The other dominant musical trend of the album is 80's-tinged electronic pop. This blend of past and present tendencies keep things aurally interesting, particularly during the atmospheric sub-bass of "Brave Surrender" or the pulsating synths of "Throne Room." Tracks like "Glimpse" and "You Define Me" suffer from predictability, but it's the problematic ordering of the tracklist that makes this apparent.

With the first and third acts encapsulating the pop environment, and the middle act featuring the more cinematic character, the album can feel somewhat disjointed. Even though most of the songs are satisfying, these divisions and the lack of transitions between them make the quality of the middle third stand out a lot more. Constant interplay between these two styles would have made for a much more compelling experience.

On My Side presents fans of worship music with well-crafted songs that could be easily sung along to in the car and at church. The middle third of the album in particular can be listened to as its own cohesive worship service. Aside from some generic lyrics and clashing musical tones, Kim Walker-Smith and her skilled production team have created a product that will at least momentarily speak to the hearts and move the tongues of those who take a listen.