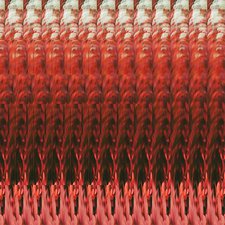 
Nearly two years ago, Kings Kaleidoscope bested themselves with Zeal, which is arguably their strongest album since 2014's Becoming Who We Are. So when the band announced that they were working on new material, my excitement level went through the roof. Until, finally, we got new music in the form of Power Perfect.

Power Perfect. is short and sweet - though maybe a little too short. It's three songs that really deliver on the Kings K quality we've come to expect. Musically, it takes a lot more from Zeal than any of their other albums, with mostly electronic instrumentation. The title track is essentially a drum & bass track with Chad Gardner singing about the power we have in Christ to overcome not just sin, but all things that are not of God ("Power that is peace and passion / power over all our madness / power over curse and casket / power to the weak, You're the power that we need / we cannot be defeated").

"W.D.Y.K.A.G?" calls back to 2017's The Beauty Between with a stronger emphasis on hip hop, as well as a guest appearance by Propaganda. Much like the last time Prop joined a Kings K song ("Playing With Fire"), the song is overtly political, but instead of dealing directly with racism, this track is more focused on the false Christianity that's based on consumerism and nationalism rather than the life, death, and resurrection of Jesus. The third and final song, "The Other Side," sounds a lot more like the second half of Zeal with lovely, orchestral music and a lot more experimentation with beautiful harmonies and melodies. Oddly enough, though the EP is over all too quickly, "The Other Side" comes and goes with enough grace and beauty that it almost gives the whole thing a sense of completion.

That being said, I genuinely hope there's more to come from Kings Kaleidoscope soon. When they put out a full-length record, it's always one of the best albums of the year, and one that I return to frequently. Power Perfect. is a nice treat for the meantime, but if it's an appetizer, I'm ready for the main course.