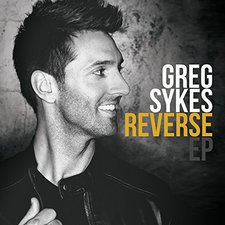 
Corporate worship is integral to the Christian life, and it has existed in many forms since the birth of Christianity, usually centering around music and singing. In the middle of the 20th century, however, the type of music in American protestant churches began to change. Although initially associated with the charismatic movement, contemporary worship music has spread far through mainline and evangelical protestantism alike, associated with artists like Matt Redman, Michael W. Smith, and Paul Baloche. Within the last twenty years, this change has created tens of thousands of positions leading worship, at every manner of church. Not every worship leader, however, has limited themselves to leading their congregations on Sunday morning. Some have made careers for themselves in the music industry, creating new worship songs, with varying results.

One such artist is Greg Sykes, who has led worship at his church in St. Catharines, Ontario for 15 years, co-written songs for Christian musicians, and toured with other well-known worship leaders. After many years of experience singing, writing lyrics, playing guitar, and generally being immersed in the business of worship, he has finally given us his debut EP, titled Reverse. Do Sykes's impressive credentials translate to a truly impressive debut? Perhaps not quite.

Reverse EP begins with "Just the Beginning," which easily typifies most of the music being played on radio stations like K-LOVE. It brings very little to the table musically, aside from some well-placed tubular bells in the bridge, and the lyrics, while certainly uplifting, are nothing new. The titular track brings some relatively interesting lyrics about how God can turn bad circumstances into good: "And even what the enemy has tried to use against me / God will use it for my good and for His Glory / Sometimes He works, in reverse"). "All I Need to Know" is a pleasant song about being able to trust God, and "Impossible" is another radio-friendly tune. It begins with a promising and catchy guitar riff, but the riff, even when it returns for the chorus, is drowned out by the general musical swelling of indistinguishable acoustic guitar, strings, and piano that seems to be the norm in CCM these days. It's hard to pick out what instrument is exactly making which sound, because they all seem to be mixed together.

All that said, however, the strongest track on the EP is "Need You Now," which features an intro mildly reminiscent of Peter Bradley Adams's "Los Angeles." Although the former does not stay as subdued as the latter, it still is probably the most interesting track on the album, musically and lyrically, with some thought-provoking verses and a bridge that confidently declares, "I am not afraid of anything." What sets this song apart from the rest is difficult to pinpoint, but there's a musical subtlety in this final track that's not captured in the others.

The real problem with this project, in a way, is that it doesn't have any. All of the songs on Reverse are catchy, they all have reasonably sound lyrics, and Sykes has a great voice that is expressive throughout all five songs. Although, as previously mentioned, there is nothing new here. It doesn't dare to experiment or be different. That said, Greg Sykes has talent, and he certainly has the ability to run with the best artists of contemporary worship music. While not the most original, Reverse shows a lot of potential for an up-and-coming artist in the industry, and for that, it deserves mention.