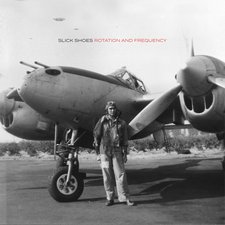 
Nearly two decades after their last studio album, Far From Nowhere, Slick Shoes is back with a brand new album, courtesy of Tooth & Nail Records. Rotation and Frequency features the original Slick Shoes line-up that brought you Rusty, though "rusty" proves to be a terrible descriptor for them in 2020.

Though the band has produced plenty of great music over the years, Rotation and Frequency might very well be peak Slick Shoes. Not a single moment of this album is wasted; it's filled to the brim with a fast-paced, energetic, classic pop punk style that still feels modern. And while some pop punk bands rely on their speed and some power chords (not that that's a bad thing), Slick Shoes once again shows off their technical prowess, even in the midst of blistering BPMs ("Keep It Secret, Keep It Safe" and "Held By Hope" being perfect examples). The guitar work is especially impressive, with lightning-fast strumming and some of the sweetest guitar melodies I've ever heard on a pop punk album. Tracks like "The Worlds Were Mine," "Under It," and "Moments" are just irresistible and beg to be replayed. In addition, the vocal melodies are super catchy, leaving the listener singing the song long after the album has finished. My personal favorite song on this album, "2008," combines all the best things it has to offer into one three-minute piece. The riffing is excellent, the transitions in and out of the acoustic sections are flawless, the hook's melody is engaging, and that guitar solo is nothing short of face-melting.

The album's lyrics are also classic Slick Shoes, with the maturity you'd expect from a band that's been around since the '90s. Themes of hope and love are abundant, but the band touches on grief as well, as we hear in "Under It." The song comes from a place of remorse and regret, with a subtle reminder that we can and should love those around us before it's too late ("I should have loved you so much more / I could have loved you so much more"). Most of the album, however, is much more lighthearted. "Whispers" starts the album with a song of gratitude toward God for His salvation; the lyrics aren't so blatantly Christian, but vocalist Ryan Kepke sings, "There was a time when I was tapped into so many things / as I've grown older, the list has narrowed / I could not see that I was wrong / I thought I could do this on my own / I lost my way and fell so far / somehow I landed in Your arms / I couldn't see You, You never left me." And of course it wouldn't be Slick Shoes without at least one love song, which is where "The Worlds Were Mine" comes in. It's a really sweet song for Kepke's wife, with intimate lyrics that fit beautifully into the musical landscape.

The return of Slick Shoes had me very excited from the get-go, but I wasn't prepared for this album. Rotation and Frequency is admittedly a bit of a grower, but once I spent some real time with it, it only got better and better. This is quite possibly the best album of 2020, and one of the finest pop punk albums I've ever heard.

I was very excited when I heard that Slick Shoes was reuniting and releasing a new album. I expected a solid album, but wouldn't have been shocked to see a little rust in the playing and songwriting with a 17-year break since Far From Nowhere released. However, Rotation & Frequency doesn't show a single sign of rusty (see what I did there?) behavior from the band. In fact, it's quite excellent all around. Today, I listened to Rotation & Frequency back to back with Burn Out (my previously favorite Slick Shoes record), and I found the growth to be undeniable. The musical production -- especially the guitar sound -- is better, the instrumentation is top notch, and Ryan's vocals have improved and are less nasally. I definitely thought I would enjoy the album, but was shocked at just how much so. The four singles were a great start, but songs like "Keep It Secret, Keep It Safe," "Under It," and "I Forget the Words" are also fantastic. There really isn't a bad or skip-worthy song on the album that's chock-full of fast-paced pop/punk. As much as I was looking forward to it, Rotation & Frequency, still caught me completely by surprise. This one is a strong contender for "Album of the Year" in 2020, and one of the finest pop/punk albums I've listened to -- especially since about 2005 or so when the genre really began falling off. I'd put it right up there with New Found Glory's Resurrection and MxPx's triumphant self-titled return. Old fans should definitely check out Slick Shoes' newest, but also fans that have been picking up on the new wave of pop/punk. It's really good to have these guys back in the mix and back home on Tooth and Nail. Hopefully Rotation & Frequency isn't just a one-off and we're in for the next era of Slick Shoes. - Review date: 10/1/20, Michael Weaver of Jesusfreakhideout.com 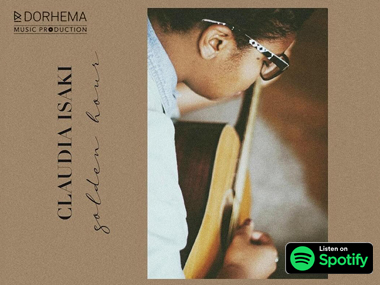 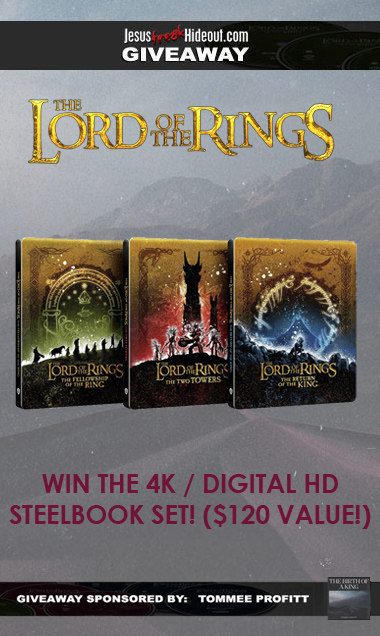