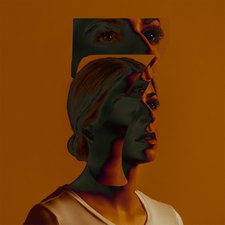 
Brooke (Fraser) Ligertwood is approaching her twentieth year making music as a solo artist and regular writer/contributor to various music projects for Hillsong Church. With songwriting credits on weekly Sunday staples like "What A Beautiful Name," "Hosanna," "Who You Say I Am," and "King of Kings" among others, she has made an indelible mark on churches across the world. Yet, for all her years in the industry, she never had it on her radar to release a full-length album for congregational use. That is, until now. Surprising even herself, Brooke found the time and inspiration for this album of originals, titled Seven.

Utilizing a thirty-person choir, and choosing the live route for recording, Brooke masterfully weds her poetic tendencies to theologically rich lyrics. The result is a deeply satisfying worship experience. Where some worship albums falter in length and lack cohesion, Ligertwood and her A-Team of players nail both masterfully. Clocking in at just under an hour with ten tracks, nothing here feels gratuitously long. Additionally, there is a clear thread of identifying God's faithfulness and praising Him for it, with a rightful emphasis on Jesus. What is also present is poetic yet accessible songs easy enough to sing by the average congregant without any lag in lyrical meat to chew on with repeat listens.

The chugging "Ancient Gates" sets the tone by calling the listener to "praise Him like we're there in glory/here and now He's just as worthy." Other highlights are the primed-for-Sunday-morning-use "A Thousand Hallelujahs," and the highly effective one-two punch of "Communion" and its gorgeous instrumental tag "Communion (Meditation)." The latter employs space effectively, sprawling across six minutes, allowing for measured Selah. From there, the Old Testament is an inspiration to showcase two of the biggest standout tracks of the record, the startlingly tender piano ballad "Nineveh" and the gospel-infused "Honey in the Rock."

"Nineveh" begins by calling the people to repent, then confessing the misunderstanding of God's love expressed in Jonah's rebellion before turning the eye inward. The bridge lands like a velvet hammer proclaiming, "Holy Spirit, help me see/Where there is Nineveh in me/Turn away Your wrath once more/God have mercy/Perfect prophet, priest, and King/Christ became the reckoning/In His body, bore my sin/Now to all who trust in Him/God has mercy/Oh, God have mercy on us."

Seven is another praiseworthy addition to Ligertwood's catalog and zooms to the top of the worship-based releases in 2022. If you are a fan of her work or contemporaries Elevation Worship, Hillsong, and Phil Wickham; this set of songs is sure to hit the mark. Brooke has done it again, and Seven is in play for inclusion in this reviewer's Top 10 albums of 2022.