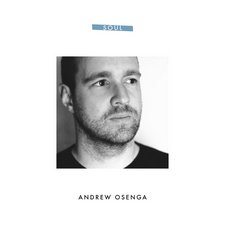 Andrew Osenga is an interesting musical combination. He's a singer/songwriter, but with a penchant for amplifiers and pedals. He's a top-notch producer with an ear for vocals and layers of sounds. He's also hot on the heels of a concept album about a lonely astronaut that was recorded in a homemade spaceship and is often performed with Osenga in a sweet space suit.

These days, Osenga is halfway through a planned (and Kickstarter-funded) series of EPs based on musical genres: Heart, Soul, Flesh, and Bone, which correspond to singer/songwriter, blues/soul, rock, and instrumental. The first EP sounds the most like Leonard the Lonely Astronaut and the rest of Osenga's music, and opens with a song that portends the whole series, but it's always been clear that Osenga is a versatile songwriter, so this series is perfectly suited for him.

The concept is reminiscent of Jon Foreman's season series, but the lyrical structure is looser here. When this is blues, it's "touring musician missing family and trying to be a better father" blues. When it's soul, it's a yearning for an eternal home and an eternal voice in this temporal one. And then there's "The Bird Who Was Friday," a song about a dream with a capricious, winking absurdity a la the Decemberists.

There is a strong Bonnie Raitt vibe in the music on Soul, and the struts and bobbing heads of listeners will prove that this musical genre works very well for Osenga. "Don't Lose Heart" is a standout: a song of regret about the world we're leaving our children that turns into a sweet charge for Osenga's own three girls. Background vocals by his wife make it even sweeter, and Randall Goodgame's work on a Rhodes piano captures the vibe of the whole Soul EP.

There are road songs, but there aren't many road songs declaring the end of the road. "Leave it While I Love It" is just that, another autobiographical song coinciding with Osenga's decision to spend less time on the road and get an office job with a record label. The song doesn't disparage the road - that would be dishonest - but it does describe with deep emotion the toll it takes on a family and the poignant moment of declaration: "Cause if there's a place where you're known / And you can be there for the ones your love / When they need you, it's time for me to / Be coming home to stay."

These relationships - child of God, husband, father - are interwoven and celebrated in "Soul on Fire," another powerful song. There are moments of memory, of self-reflection, and even of philosophy: "Who we are is who we love." The lyrical concept has been explored by others, but Osenga has really captured the essence of how human relationships ignite a spiritual union, which is appropriate on an album called Soul.

The aforementioned vibe makes this album seem fit for bluesy background music, but the musicianship commands more attention than that. It begs to be played on speakers that will let Brent Milligan's bass really thump. Osenga's guitar solos are delightfully smoky. A song like "Just Be" is elevated beyond a simple put-down-your-phone-and-be-present diatribe and into soul- and jazz-flavored heights when Goodgame and newcomer Stacy Lantz give a BeeGees-esque BGV, and a snare drum break in the middle places commas in the necessary silence.

Chapter two of Osenga's EP series suggests more greatness to come. Rock and roll is up next, and promises to be brilliant, but in the meantime there's plenty to satisfy on Soul.