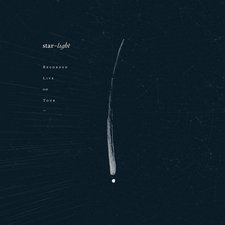 
From their smaller beginnings in 2001, to their now-massive following and large collection of artists, Bethel Music has left a deep imprint on the worship music scene for over fifteen years. Churches from each corner of the world have been singing along to Bethel-penned songs, such as "One Thing Remains," "This is Amazing Grace," "No Longer Slaves,""Forever" and "Ever Be" just to name a few.

The job of the worship artist is an unenviable one; they must walk a tightrope of congregational accessibility and artistry that many have failed to navigate well, often resulting in uneven worship releases from solo artists and church bands alike. Songs cannot be too wordy or complex for a congregation to pick-up on quickly, nor too simplistic and bland so as not to inspire and impact the head, heart, and hands of the listener. In addition, how do you say something--that likely has already been said--in a creative new way with these seemingly tight restrictions? Furthermore, how do you avoid falling victim to your past success?

In their newest release, Starlight, the Bethel Music team steps up to the plate and delivers more of their soul-stirring praises to be sung to the rafters of every church building, and to the heavens of every open space from which they are whispered. Much like their 2014 release, You Make Me Brave, this album features the ladies of the Bethel stable of artists, and they are more than up to the task of taking on their past success. While I don't believe that Starlight holds up to We Will Not Be Shaken, they come mighty close.

We start with the thesis statement for the whole album from the lead and title track, "Starlight," sung by Amanda Cook. With a simple guitar strum and a string section, this song perfectly sets the tone for what listeners are to experience throughout the album. Even after repeat listens, this song still stands out as the best on the album. Starlight features songs that feel big--with plenty of space for the vocals to be featured, but at the same time, an intimacy is conveyed. The lyrics of the verse set up this idea in saying, "You're like starlight in the dark / Endless miles can't conceal You / Every glimmer is a spark/Catching fire as You break through" and the chorus finalizes, "Oh, You're not far away / You're coming close / And Oh, even as I wait / You're coming close."

The next song, "No Other Name," sung by guest Francesca Battistelli, is probably the most accessible to congregations. It features some cliches in the chorus, (the repeated phrase "There's no other name / The name that stands through the ages / There is no other name / There is no other name like Yours, Jesus/Like Yours, Jesus"), but the verses and musical intensity of the build in the bridge more than make up for similarities to other worship songs from recent years. Another highlight, "Extravagant" (the lyrics of the song led by Steffany Gretzinger), reminds believers of the great lengths Jesus went to in order to show His immense love and comfort for the world, "You don't belittle our pain and our suffering / You comfort us in our greatest unraveling / Jesus, my Jesus."

The tender prayer, "For the One," and only true ballad of the album, is another standout for its simplicity in asking for the world to see the Father's love through even the simple act of a smile. Jenn Johnson takes lead vocals and sings these deeply personal and intimate lyrics: "Help me to love with open arms, like You do / A love that erases all the lines, and sees the truth / Oh that when they look in my eyes, they would see You / Even in just a smile they would feel the Father's love." This brings up one of the few quibbles with the album. First, the acoustic version of "Extravagant" is really not needed to close the album. At the very least, it could have just been switched with the original release (track 4), allowing "You Came (Lazarus)" to close things out, as the acoustic version is a more laid-back and superior version of the song. Also, a few of the tracks lend themselves to lingering too long (length wise) and give off a you-had-to-be-there-to-truly-appreciate-it feeling. There's nothing wrong with the two spontaneous worship tracks (tracks 4 and 9, respectively) lyrically or musically; they just don't feel like a good fit with everything else present, and something maybe best-suited for being there in the moment.

Musically, the use of strings and synthesizer-flourishes really stand out, and created a paradox of intimacy and vastness in the majority of the songs. Lyrically, there was a deep focus on the name and worthiness of Jesus, which is right where the focus should be. All told, we have a more-than-worthy addition to the Bethel Music canon and a few new songs with which to praise our very Holy God.