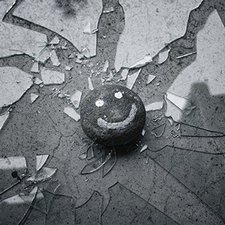 
With Stones, the kick-back comeback from his 2015 studio album, Reborn, Canadian rock-rapper artist Christopher Scott Greenwood - known by most as Manafest - served up a plate of well-polished and assembled tracks. Topping it off a year later, he completes the experience with a release of the remixed version, titled Stones Reloaded, spicing up the flavor with extra kick and rearranging the tracks to freshen things up. Instead of opening with punching guitar riffs pushing you to the edge with "Stones," the intro "Genesis" adds enticing anticipation for what comes next. Hitting the ground running with "Blow You Away," Greenwood flawlessly transitions into gear, attacking the eardrums with a satisfying version compared to the original.

Stones Reloaded brings Manafest back to his signature sound as compared to the more southern flavor introduced with Reborn, which seemed out of place for Greenwood and Manafest's heavy sound. The decision to bring in Doug Weier on this remix project for each and every song was a great direction; Weier has had a hand in bands such as Skillet, Decyfer Down, Anberlin, and We Are Leo mastering and remixing well-known tracks. Manafest has flipped Stones' tracks on end to deliver gut-punching, aggressive, and defiant sound-pumping sound waves through the speakers of any setting.

The clever titles of both the intro and outro being "Genesis" and "Exodus" add an original footprint instead of the overused "Intro" and "Outro." However, the outro, "Exodus" is just a slight continuation of "Overboard," bringing the listener to assume it as the last track of the album drawing out the instrumental theme for almost another minute and a half.

With not much of a dramatic change in scenery from the original release of Stones, the remix of "Merry Go Round" pushes Manafest back to its original sound long time fans appreciate. "Firestarter" calms things down from the cyclical adrenaline rush experienced after a four-minute ride before the exit from the carousel for a track or two transitions right into another calm endeavor with "Coming Back."

Next up, sliding from second place to eighth on the project roster, "House of Cards" replaces guitar riffs with remix loops and drum beats, staying true to the original sound with a hint of an aggressive sound piercing through. The beat drops short and choppy tones about a minute in, leaving an all-time low so the track can climb back up through the verse and into the chorus. While listening to the music on this track, I really got the sense of struggling to build a "house of cards" both physically and metaphorically in life. Through the song, you can see the house crumble down once almost complete, anger setting in while a breath is taken, composure is gained, and after finding proper footing, an inner motivation rises within to build again.

Overall, Stones Reloaded keeps the listener engaged through every flip and transition to the next track, while spinning synths and immersing us within the sound waves of energetic reverbs and aggressive notes. From the moment this album started, to its conclusion with "Exodus," Reloaded did not disappoint and will be guaranteed another spin over and over on my obsolete, yet always enjoyable, stereo sound system.