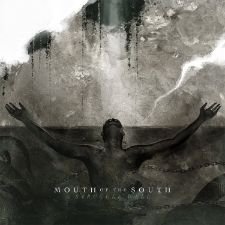 Mouth of the South
Struggle Well

Over the past couple of years, Facedown Records has been gradually expanding their repertoire and signing artists who wouldn't have necessarily fit in with their early 2000's lineup. For the longest time, Facedown has been known for maintaining a steady diet of hardcore/metal artists, and frankly, this didn't do the label much good because each of the artists they had signed tended to blend together. But with recent signees The Burial, Hope For The Dying, and the surprise signing of Christian metal legends Extol, Facedown is gaining more and more credibility not just in the hardcore realm, but also in the metal realm.

Facedown's latest signing is Arlington, Texas' Mouth of the South, a progressive-tinged metalcore act who fit in nicely with their recent slew of new artists. The band released their first full-length album, Transparency, independently last year, of which our very own Michael Weaver wrote in his review: "If you just need some new metalcore to put your mitts on, Mouth of the South may be for you, but if you want a little diversity, you should look elsewhere." The band's sophomore album and first on Facedown Records, Struggle Well, is sonically very similar to Transparency, but they've progressed enough as songwriters within the past year to create a stronger effort than their first.

Upon first listen, it would seem that Mouth of the South are not far off from your typical metalcore band, albeit with some progressive tendencies that are becoming more popular in the metal scene these days. Bendy (or "djent" guitar riffs, if you will), an emphasis on groove, chugging and usually a build up to a breakdown can be found throughout the songs of Struggle Well. However, the band's use of spoken word and poetic segments, such as on the tracks "Dry Bones" and "Simply Grace" are a unique characteristic not often heard in this particular genre, and if anything, if gives the listener something deeper than just the music to ponder over. One thing that is really great about Mouth of the South is their strong conviction to minister to others and be the hands and feet of Christ that shines through their music. In fact, moments of Struggle Well feel like a heavy worship album, which seems to be exactly what Mouth of the South were aiming for with this record. Vocalist Josiah Lyle's lyrics are a sure highlight of the album.