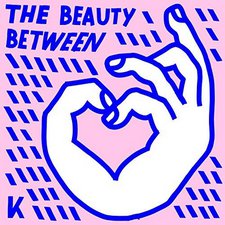 Kings Kaleidoscope
The Beauty Between (Mixtape)


In 2014, when Kings Kaleidoscope made their major label debut, one could tell that this band was something special. The gigantic Becoming Who We Are was a masterpiece that mixed alternative, indie, rock, pop, hip hop, electronic, and more - on a worship album, no less. The band furthered their experimental tendencies on last year's Beyond Control, which felt a little less cohesive, but featured plenty of exciting moments and strong musicianship and songwriting. Never content to present the same kind of album twice, Kings K is emphasizing their hip hop influences on their new "mixtape," The Beauty Between.

What Kings K has to offer here is something very unique, and something that I feel like very few bands would be able to accomplish with the same level of quality. Of course, they aren't the first band to combine alternative and rap (we can discuss rapcore some other time), but Kings K shatters expectations of what it means to make alternative music to begin with. In some ways, The Beauty Between feels like a continuation of their Tooth & Nail debut, with gorgeous arrangements, catchy melodies, and an insane amount of different sounds and instruments. It also feels a lot more cohesive than the band's previous outing, even when some of the mixtape elements or genre-switches come into play. The songs flow very well, with not one thing sounding out of place.

The title track eases us into the album with a track that almost sounds like "Happy" by Pharrell Williams (in the vocal melody, anyway). For the second verse, instead of Chad Gardner continuing the song, we're introduced to the first guest rapper, Andy Mineo. The transition is a real testament to the band, as Mineo sounds right at home on the track. "Alive" follows, which is a bit more frenetic in nature. Derek Minor and Beleaf come in right after an introductory chorus, stealing the show with fast-paced rhymes over a hectic, yet controlled beat. Braille immediately follows Beleaf's verse, feeling just as at home on the beat as the first two. The second half of the song switches gears a bit, as Chad takes the reins once more. The music slowly builds up and hits a triumphant climax as Chad shouts about our freedom and life in Christ. Listening intently to the song is sure to give goosebumps to believers: "Don't you get that I'm defended, I will never die, it's a battle that you can't win, it's love that keeps me alive, and I won't ever have to die a death, my final breath will birth a life, and I will rise up resurrected, my past and future in Christ!...Till I rise up resurrected, I'm right here right now alive!" It's a truly victorious moment, and it makes for a highlight of the album.

"Safe Retreat" reminds the listener of Proverbs 18:10; the song is much tamer song than "Alive," but Chad's passion is still present, as he sings about the safety found in Jesus. Braille returns for a much calmer rap verse, bearing his soul and bowing before God in humility: "It's when I'm broken that I'm standing open-handed reaching out to my Father, knowing you understand me, in You arms I can safely rest, You're the God who gives life from death." The last song to feature a rapper is "Playing With Fire." An interlude with a sample about the dangereous types of people you encounter in life leads into the song, which starts with Propaganda dropping some rhymes that, stylistically speaking, almost remind me of his work with Tunnel Rats back in the day. The song takes a turn away from the direct worship of the previous songs and hits on the sensitive topic of racial injustice. While I understand the general idea of white privilege and I agree that racism is an important topic that needs addressing, it feels a little heavy-handed and out of nowhere on an otherwise worshipful and hopeful album. The song also feels like it points at the problem without addressing the solution. Ironically, Propaganda's new album, Crooked, does a much better job of this (oh yeah, and I highly recommend it). However, the final track, "Rain," does end things on a hopeful note, as Chad sings from the Lord's perspective in an effort to remind the listener that He is always with us and that He is enough to satisfy our souls while we're enough to bring Him joy.

In short, Kings K has done it again. The Beauty Between becomes rather appropriate if you consider it's a beautiful treat between full-length albums. I'm a bit hesitant to call it a mixtape, as there are really only a couple of characteristics of a mixtape present; it seems to be a more well-thought-out, purely original release with excellent production rather than a rushed piece of work with borrowed samples and music. But whatever you choose to call it, it's great, and it's a strong contender for my end-of-year top ten list. Whether you've been a fan or you're looking for something new and exciting to listen to, pick this up in some fashion or form. Vinyl, cassette, CD, digital: you've got plenty of formats to choose from and zero reason to ignore it.

As one of Christian music's most creatively ambitious groups, it's expected that Kings Kaleidoscope would stylistically branch out on their third LP. With the astute adoption of the hip-hop aesthetic, that is certainly true, but Chad Gardner and the gang also double down on the successful traits of their previous efforts, and it absolutely works. The electrifying melodic optimism of Becoming Who We Are and the subtle musicality of Beyond Control are present on each song. Lyrical nods on songs such as "Playing With Fire" and worshipful atmospheres on "Safe Retreat" and a few other tunes help cement this album as a cohesive continuation of the thematic and sonic journey of the band's discography.

This constant sense of odyssey also helps cover up the mixtape's primary shortcoming: its slender runtime. 7 songs and 3 interludes will cause some listeners to look for places in the tracklist where another anthem could have fit, but that feeling of wanting more also skyrockets the replayability of the album. And if The Beauty Between is truly meant to be the conclusion of a multi-album narrative on messy artistry and complex identity, its brief but uplifting aura paints the colors of a story worth telling. - Review date: 8/14/17, written by Mason Haynie