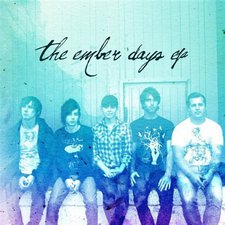 Lots of foreign bands that end up bringing their music over to the States end up gaining an immense amount of popularity here. Granted, there are the one hit wonders, like Rammstein, but many have the longevity needed to last. U2 has been huge for over 20 years now, and Muse and Coldplay have experienced a great deal of success just in the past few years. In 2008, coming straight out of New Zealand, The Ember Days brought us their brand of worship music, which has already gotten them attention in the indepedent music scene, even being one of the opening acts for Showbread last year.

The Ember Days only stick to the script for a little bit, but mainly try to break out of the norm of what most worship music is nowadays. Every once in a while, some songs will take a little bit from their geographical next-door neighbors, Hillsong, such as in the piano-led ballad "Come," and even some in "Run To You." But unlike the Australian worship giant, The Ember Days experiments slightly as well. "Fortress" is a jazzy waltz with Janell Belcher's pretty vocals that minutely resemble Flyleaf's Lacey Mosley. Janell, who provides main vocals for a majority of the tracks, proves to be a good lead singer, as her vocals are strong and she belts it out when necessary. "Shine" is the one song where guitarist Jason Belcher actually provides the lead vocals, but they're rather quiet compared to the upbeat pop/rock that he's singing over, so it's hard to get a grasp of how they sound on their own. That is, until you listen to the EP's closer (and highlight of the EP), "Seven," where he sings solo on the second verse, where they come in very clear and strong. In addition, the two voices work very well when they're going at the same time. They soar together in the choruses of "Shine," "Run To You" and in the subtle rocker "In Arms," and Jason works well as the rhythm vocalist in the chorus of "Fortress," while Janell sings on top of his voice.

There are some genres that lots of people think they can pull off. Though not technically a genre, the same is true for worship music, which causes it to get dry and boring, and eventually just die out. But worship music is something that cannot - and should not - ever die out. It's essential to keep it alive, and thus it is essential to keep it from drying out. Thankfully, there are some worship groups doing just that (David Crowder*Band, The Glorious Unseen, etc.), and now we can add The Ember Days and their EP to the list. I see a revolution in worship music springing up...