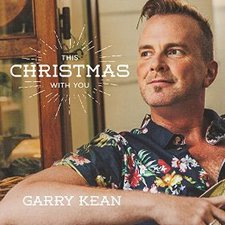 Garry Kean
This Christmas With You


Garry Kean is by no means a poor artist. 2013 alone saw the release of Songs From The Aftermath, a free-spirited album centered around the topic of romance that was arguably worthy of moderate replay value due to its brevity and sugar-fed tunes. That's enough evidence to make me question why exactly we're left with the contents contained within his newest full-length, This Christmas With You. There are no traces of Kean's personality to be found and when it concerns an attempt to cover songs that have been regurgitated for decades; this is of the utmost importance. It's the ingredient that separates The Beach Boys' Christmas Album and Sufjan Steven's Silver and Gold from the mulch that annually bombards the winter holiday. More importantly, it's the ingredient that makes an artist truly worth coming back to.

The album starts off harmlessly enough as a piano introduces the melody of the title track. Brushes gently glide along the snare and a hi-hat keeps the beat as Garry, along with a few others, accentuate it with their vocals. Two minutes then go by as the track makes no effort to become something noteworthy. It insists on staying cornered into the customary, rather than taking a stab at the adventurous and it's a formula the gang sticks to until the bitter end on this album. What's worse is that this was actually the track I enjoyed most because its minor chord changes made it stand out among the others.

While covering John Lennon and Yoko Ono's famous "Happy Xmas (War Is Over)" (which is a cover of its own as it borrows the melody of the English ballad, "Skewball"), the group managed to drain the passionate exuberance that the original held, in exchange for a more tranquil approach. It's incredibly odd considering the nature of the song was intended to be more of a proclamation of hope that the Vietnam War would end soon rather than a dirge, as it initially comes off.

Though there are a variety of genres being utilized in the album, like jazz and blues-rock, the production is stale, leaning in an adult contemporary fashion that we so often see Christmas albums turn to. It's one thing to compose a great song, but mix recording into the equation and you end up with an entirely different monster to play hide-and-go-seek with. For instance, Kings Kaleidoscope's Chad Gardner once said in an interview that he went six months not just expressing the 17 tracks on their latest album, but going so far as to consider the work he maintained as literally living them. This kind of a dedication showed in their efforts as universal praise rained from secular and Christian outlets, but I'm almost certain the same cannot be said for This Christmas With You. There are no sonic qualities with which we can marvel over. The splashes of reverb that occur every now and then serve as proof that the depth of the production is akin to a children's pool. It leaves much to be desired for those who have swum deeper than the 3-foot height Garry has set before us.

The only track that manages to be something different than ordinary is Garry's cover of the classic, "I Saw Three Ships." By including a wider array of instruments, the track takes on a far more exotic feel than anything else featured here, resembling what Garry considers to be "Celtic meets African." Given that the Keans live in Kenya, I'm surprised we didn't actually see more of these local flavors spicing up the LP.

I'll admit that Garry's desire to have all proceeds of the album go to his Jacaranda Christian Fellowship ministry is admirable. Keeping true to the spirit of giving that Christmas should be recognized for, he has adorned the gift with a ribbon of his own craft; something so inoffensively offensive that refusing it would be too cruel. It's much like the same way you just know you're going to have to wear that atrocious, hand-knitted sweater your grandmother made for you at the next family Christmas party. You might as well go with it, even if you are just being ironic.