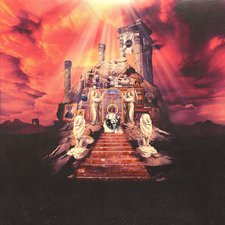 
Kevin Burgess, professionally known as KB, is gaining momentum and solidifying himself among the elite rappers in the Christian hip hop scene. With hit songs like "100" and "Sideways," we have come to expect good things from KB. The Reach rapper is releasing Today We Rebel about two years after Tomorrow We Live, and there is a lot of anticipation surrounding this release.

"DNOU" serves as a great intro to get listeners ready for this fourteen-track listing containing almost an hour of rap tunes full of smooth rhymes and head-nodding beats. "Tempo" follows as a simply banging track that can easily be labeled as one of the best KB tracks to date, and one that I can see fans bumping for a long time to come. His flow is tight as he ferociously raps. "I'mma go Bobby Boucher in the city, handin' out that livin' water boy" over superior production making for a great hip hop joint.

One of the best part of almost any rap album is collaborative efforts of multiple artists, and Today We Rebel is chock-full of great contributing artists. Lecrae lends a hand in "Get Through," while for King and Country help out in "Bring You War," and both are good listens in their own merit. "Monster" features newly acquired Reach artist Aha Gazelle in a track concerning the darkness that Jesus saves us from laid over beats and rap flow that are on point. "Primetime" features Ty Brassel, and if you have not checked out Ty yet, you are definitely missing out. "Not Today Satan" features Andy Mineo with some really good yet whimsical beats that I really dig. KB and Mineo collab for a fight anthem against our greatest adversary and both tracks will be enjoyed by rap fans.

In the latter part of Today We Rebel, we catch a few gems to close out the album. "I Am Not The One" carries thunderous production with stellar lyrical content, such as "Calling me the Christian rapper. All I know, I just wanna be more Christian than rapper." "New Portrait" is a very direct song where KB encourages people to truly decide who Jesus is, while giving a biblical narrative of who the Savior indeed is. The closing track is "Rebel Rebel 88" which finalizes the theme of the album to rebel against all that opposes Jesus.

Overall, this may be the best work KB has done to date, though I am still bumping the 100 EP regularly. The featured guests listed here are superior, the beats are above standard, and KB delivers a product with very few flaws. His rhyming is still among the best in CHH and the focus to represent Jesus is clearly defined. I can see many rap fans loving Today We Rebel for a long time to come.