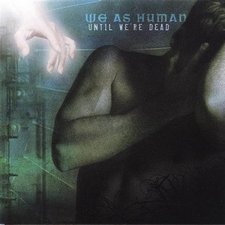 We As Human
Until We're Dead


While their self-titled debut on Atlantic Records shot them to the top of the charts, We As Human's magnum opus was the 2006 album Until We're Dead. The record is fearless in its lyrics, proclaiming Christ's name alongside topics Christians tend to avoid: greedy TV preachers, addictions, the blurred lines of morality, and hypocrisy.

Album opener "Hypocrite" starts with a crunching nu metal riff, and lead singer Justin Cordle's aggressive vocals are as strong as ever. Next on the track list is "Deliverance," a phenomenal song crying out to Jesus for rescue from drug abuse (although the song's meaning can be applied to any vice). With tear-inducing lyrics and gritty guitars, "Deliverance" is hands-down one of the top three songs of the album, if not of We As Human's entire discography.

"From Death Life Comes" continues the trend of hard-hitting lyrics backed with driving instrumentals. Justin Cordle switches vocal delivery on certain songs, doing both anguished screams, regular clean vocals, and even rapping. The instruments of the other members are well-played and audible. While most rock albums today are a mixture of both slow and fast songs, We As Human fails to fit that inclination. The only ballad is the album closer, "Until We're Dead."

If one word could be used to describe Until We're Dead, it would be 'unabashed.' In both the edginess of the instruments and lyrical content, We As Human pulls no punches, a trait they unfortunately diluted on their self-titled release. The serviceable-but-lacking production quality adds a grungy appeal to the album, but is far from a crystal-clear mix. The guitars dip into uninteresting territory, particularly on the latter half of the record. Imperfections aside, Until We're Dead is still the stronger of the two full-length releases by We As Human. While their self-titled was of a higher production grade, it traded their moderately more original sound and dauntless message for mediocre radio hits.