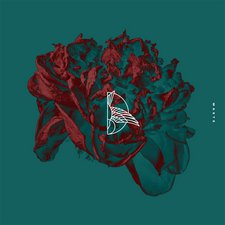 
The Christian music industry may be well into its extended Christmas season by now, but Earth Groans' second EP of the year really has nothing to do with the holiday spirit. The counterpart to March's Prettiest of Things EP, which easily remains the heaviest worship project released this year, Waste focuses on psalm-like laments and prayers for deliverance. This brief EP is chock-full of meaty riffs, complex drum patterns and catchy breakdowns that leave the listener wanting more.

"Abandoned" kicks off the album in true Earth Groans fashion. Drums, guitar, bass, and vocals pummel the ears with conviction, flowing between structure and controlled chaos, before building up to a fitting appearance from Impending Doom vocalist Brooke Reeves. "Ghost" boasts one of the catchiest riffs of the release, while "Unchain" careens through three-and-a-half minutes of explosive hardcore goodness. "Shatter" and "Come Down" don't let up in the slightest, leaving the EP every bit as sharp and immediate as it began. And while the music is consistently heavy and chaotic, the band finds moments to throw in melodic riffs and simpler rhythms that catch a listener's ear and don't let it go until their neck is sore from headbanging. And that's in just a handful of tracks.

Lyrically, Waste follows up the worship of Prettiest of Things with frustrated, but worshipful, prayers. "Abandoned" cries out for God not to leave in the same way humans have abandoned Him, and ends with God's answer: "Even when you have nothing, I vow to still be here / There's no man, there's no creation, can separate you from me / I'll never forsake you." "Come Down" ends the project with a more direct worship song, declaring that "The world wastes, but You are the same / The world wastes, but Your love sustains."

While it lacks some of the diversity and lyrical uniqueness Prettiest of Things offers, Waste's catchiness and overall cohesion easily make up the difference. Heavy, enjoyable, and lyrically beautiful, Waste easily fulfills the high expectations I've come to have from this band. While they may not be the most accessible Christian music releases of the year, fans of heavy music should not pass up this pair of EPs.