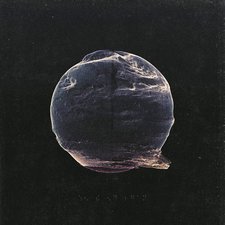 Silent Planet
When The End Began

Although When the End Began is the band's third full-length album, public knowledge has been slow coming. The band joined industry veteran August Burns Red for the Constellations 10th Anniversary Tour and, in early 2020, headlined the Trilogy Tour, with Currents, Invent Animate and Greyhaven.

Silent Planet's discography has taken on such a trajectory that the two instrumental tracks on the album ("Look Outside: Dream" and "Look Inside: Awake") reference a quote by Carl Jung, and no listener of the band is shocked; it's just par for the course. The subject matter of the album is no different. Listeners will be given brief histories of such topics as the Spanish Civil War, homelessness and the American opioid crisis. And in this respect, Silent Planet is without rival.

The album has its many highs and, if I had to pick one, perhaps just one low. Track 13, "The Anatomy of Time (Babel)," dives into the ideas presented in the recent film Arrival, and is the track that doesn't seem to fit in with the rest of the album. That being said, any song that touched on C.S. Lewis, Schlesinger and Sartre can not possibly be that bad. The highlights are many. Lead single "Northern Fires (Guernica)" is the hardest track on the album, yet still manages to speak against tyranny and the danger of religion blending with totalitarian governance. The line "the masses kneel before the golden cross/ held by the priest/who bows at the feet of the king" is yelled/rapped by frontman Garret Russell in a stinging rebuke of any religious figure more interested in political gain than in the shepherding of their congregation. Although the track is firmly rooted in fascist Spain, the message could not be more relevant. "Lower Empire" is also a highlight and my personal favorite track. As evidenced in the lyric "What a world we knew before we fearfully withdrew to our silent cells of solitude...but still I hear you. I hear you," no one else is blending such poetic lyricism with such vocal intensity in the genre (and not to mention the references to Orwell, South Park, and the words of Jesus in Matthew 16 speaking of losing one's life in order to find the life found only in Christ).

It is easy for metalcore lyric writers to fill in verses with vaguely uplifting, pseudo-religious jargon that no one, including these same writers, would seem to understand. But every single line of When the End Began drips with thoughtfulness, struggle, and an attempt to see the redemptive work of Christ in everything, even the most personal of hells. Not a single moment is wasted, evidenced by a recitation of Exodus 3:14 where God sends Moses to the Israelites with the message I AM WHO I AM in its original Hebrew in "The Vanity of Sleep." There are bands who deliver the endless head-banging some desire, and there is plenty of music to engage the mind and soul. Very few bands offer both in a coherent, relevant package like Silent Planet in When the End Began.