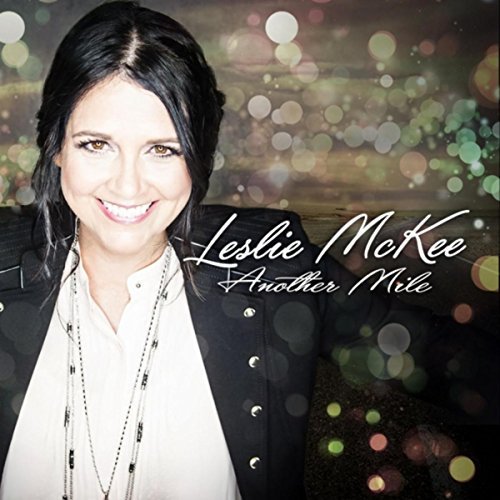 Leslie McKee's story of getting into music is similar to that of many in the industry today. McKee was a member of several musical groups and went to various conferences for Christian artists as her network of industry friends grew and grew. Eventually, this led to a deal with Creative Soul Records, who released her first album, True To You, as well as her brand new, crowdfunded album, Another Mile. McKee blends radio-ready pop rock with the sounds of modern pop-driven country, bringing to mind artists like Lady Antebellum and Carrie Underwood. Tracks like "His Love" and "Simpler Time" are the most in-your-face country tracks, while most of the album is either toned down to a gentle ballad or is further toward the pop rock end of the spectrum (more akin to someone like Francesca Battistelli or Kari Jobe). The title of the album, and of course its title track, centers around the idea of persisting through tough circumstances ("A little more road when it's running out, a little more faith to kill the doubt, another tearfall, another smile, when you wanna give up, go another mile"). Though this song itself is only vaguely spiritual, it's clear that McKee believes that Jesus is the source of this persistence in the rest of the album. In fact, the message of "Another Mile" is expanded upon in the following track, "Hold On (He's On His Way)," as the chorus says, "Hope is running, chasing you down, love will deliver and find a way out, 'cause nothing can stand in the way of the truth, don't be afraid, He's on His way to you." Leslie McKee's faith and love for Jesus really shines through in her music, and Another Mile is the latest example of her desire to share this with others. It's an album that could hold its own against some of the bigger names in the CCM world, and those looking for some encouragement would do well to pick up a copy. - Review date: 5/20/17, written by Scott Fryberger of Jesusfreakhideout.com

Leslie McKee is a contemporary/pop singer who is releasing her debut full-length album. Much of Another Mile seeks to show a real side of life that is often not explored in Christian music: brokenness, despair, and struggle. Through all of that, Leslie hopes to exhibit that there is also hope to be found in the hard times in life, as well as encourage listeners to hold on in those dark times. This theme may be most evident in the title track as Leslie sings, "When you wanna give up go another mile." While the opening song is a pure pop number, the remainder of the album holds to a more contemporary, or even pop/rock, sound. Fans of a songstress like Francesca Battistelli may find the most enjoyment with McKee's stylings. There are certainly some nice sounding songs, like "Another Mile," and some catchy tracks, like "His Love," but the album doesn't do a lot to set itself apart from so many other similar albums. Another Mile is an enjoyable effort, but if you're looking for the best song to give the album a test drive, "Broken" would be the recommendation. The track is a nice piano led ballad that features Leslie's vocals at their biggest and best. If you're looking for some new tunes that feature a good mix of catchy pop music and serious ballads, Leslie McKee's Another Mile may just be what you need. - Review date: 5/16/17, written by Michael Weaver of Jesusfreakhideout.com