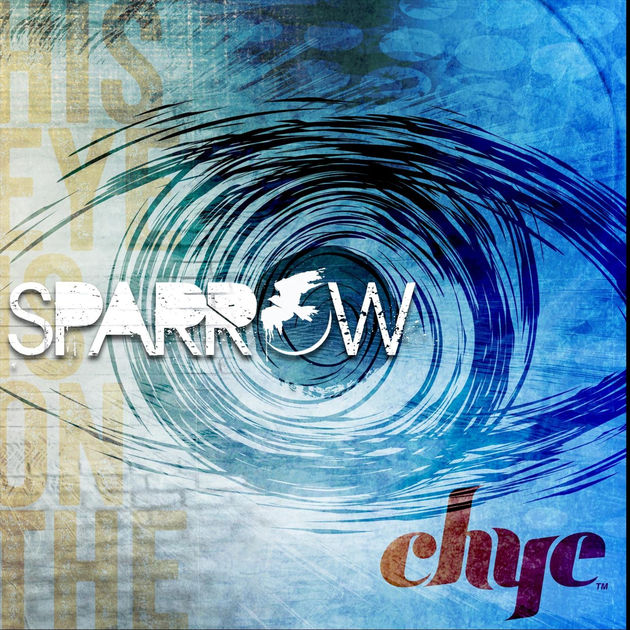 
The story of Chye (pronouced like "shy") is a story of hope, named after a young lady named Cheyenne who made a choice to stop her pattern of destruction and instead choose life, hope, and Jesus. You can hear more about that story on the song "Cheyenne" fro their 2010 EP, Brand New Day. After an EP in 2012, followed by six years away from making music, Chye is at it once again with a new batch of songs for their EP Sparrow. One of the more interesting tracks on this offering starts things off. "Galilee" is a radio-ready contemporary pop song - with a hint of Celtic influence in the melody - that talks of the life of Jesus and some of the works He did when He was here on Earth. The song isn't very wordy, though. Interestingly, most of the lyrics are found in the bridge, but even then, it's mostly the same line repeated several times. "Grow" follows and introduces a Ben Folds Five-esque, piano-led sound, albeit a little on the poppier side. It fits quite nicely after "Galilee," but the jump to "Sparrow" isn't quite as smooth. That being said, "Sparrow" is perhaps the strongest song on this EP, with an atmospheric sound that almost reminds me of recent singles from Odesza or Mansionair, but with a slightly more polished sound. Written in 1905 by Civilla Martin and Charles Gabriel, the lyrics are inspired by Matthew 10 and Luke 12, where Jesus is describing the deep, personal love of God. "Sparrow" has been covered by a number of very notable artists, including Andy Griffith, Lauryn Hill, Whitney Houston, and more, but Chye does a great job with it as well. "Looking" is a more guitar-driven song than the ones before it; the song recounts a believer's journey searching for Christ, and it ends almost as soon as it begins, with not a lot going on for its duration. For the closing track, Chye chose to keep it simple and just praise the Lord for the gift of life, love, and freedom in Christ, with not much more than the lead vocalist and an acoustic guitar, with a lovely violin coming in for the close the song and the EP. Chye is a talented band with a passion for the Lord and a desire to help others come to know Him and choose Him as their Savior. Sparrow is a collection of delightful songs, almost all of which would be a perfect fit for Christian radio. You can find it wherever you like to get your music, and giving it a listen or two could very well be a worthwhile venture for you.
- Review date: 6/8/18, written by Scott Fryberger of Jesusfreakhideout.com

Chye is an independent pop/rock band with a particular, and very special, purpose: to inspire high school students. While many have written today's youth off already, the members of Chye have made it their mission to present the gospel to students and reach them for Christ. Sparrow is the group's third release since 2006 and, in that time, the members have been able to present the gospel to over 75,000 students. The music on Sparrow is catchy - especially the first two tracks. "Galilee" and "Grow" have a more pop/rock flavor, "Sparrow" offers a slower, but more straightforward, pop sound, and "Looking" and "Free" are more acoustic-based numbers. Lyrically, the songs focus on showing teens the love of Jesus by relating to them on a more personal level. The best example of this is the song "Looking." The lyrics talk about looking for things in our life to fill the void and the lost and lonely feelings it causes. They further go on to talk about finding Jesus when no one else was there. The ministry that Chye and the Todd Becker Foundation have is an invaluable one. Their music may not be for everyone, but it really isn't designed that way. They are reaching out to a generation that most want nothing to do with with a message in song to touch their lives while showing Christ's love. I would definitely recommend checking this ministry out - especially if you're around the Nebraska area. - Review date: 6/27/18, written by Michael Weaver of Jesusfreakhideout.com