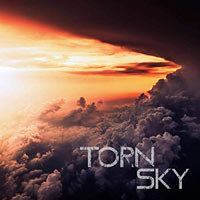 
Chris and Josh Haynes released their first album together in 2001 under the name XD Out. The brothers released music under that name through 2017s Better Day. In 2019, the duo is still at it, but XD Out has become Torn Sky - which is also the name of their newest album. Despite the name change, the sound is pretty much the same, as the brothers Haynes mix up a concoction of rock and alternative that spans the last few decades. Hope brings to mind names like Alice In Chains and Bon Jovi, The Word throws back to bands like Petra (despite being a cover of The Beatles), and See You Someday uses almost the same guitar melody as Stavesacres Keep Waiting (whether intentionally or not is unknown). The album also contains a cover of the late Tom Pettys hit I Wont Back Down. Their influences are wide-ranging and apparent throughout the eleven-track album, though the emphasis is really more on the classic rock stylings. Lyrically, there isn't really one overall theme presenting itself, but hope and love are both definitely in the mix. One of the more encouraging songs is Moving On, which says, Moving forward everyday, failure far behind / more wisdom than I had yesterday, I walk a finer line / cant you see Im moving on, saddle up and join along / Ive learned a little something now, I know a little something / thank You Jesus for loving me, it really blows my mind / and as I head on to some better things, I thank You every time. For fans of classic rock and alternative (or those who happened to know who XD Out was), theres a lot to like about Torn Sky. Make sure to find it wherever you consume music and give it a listen.
- Review date: 11/8/19, written by Scott Fryberger of Jesusfreakhideout.com