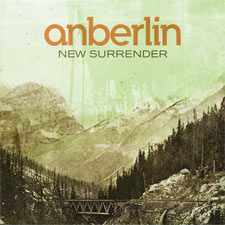 You wanna watch us break?
Be the first to take us down
But your teeth are worn
And theres no stopping us now
Youve got to be mental
Your speeches are maligned
Take down this molotov of word
Penned with you in mind

Behind the Song:
ABOUT THE ALBUM:

'This album has taken a lot of flack by us the band, and for good reason, it just wasnt our strongest. However, the producer (Neal Avron) was a genius and the addition of Christian was one of the greatest things to have ever happened to the band.

It was an overwhelming time in our lives, we were trying to live up to expectations that could never have been obtained if we had 100 years to write the record. We dont regret the time we spent on Universal, but we do wish that we had had more time to write a more cohesive record with a clearer and more focused minds.

New Surrender was going to be the single on the record, Joey and I were convinced of the fact. It didnt even make the cut. The song was about getting married. We lost the song, but the title stuck. Even though Christian didnt like it at all.

Nate started taking over cover artwork on this record. Prior it was my responsibility.

We recorded this in LA, home of the dodgers, smog, and traffic.' - Stephen Christian

'I wanted this to be our OP IVY unity song and instead it turned out to be our ultra political Rage Against the Machine anthem. I read a story where Osama Bin Laden called the United States a bunch of paper tigers, all our diplomacy stood in the way of taking action. I am not sure why his words hit me so hard, but it made me upset.

This song wasnt written about Bin Laden as much as it was written for our politicians who would rather gain popularity over respect. Raise funds rather raise standards. Look the part instead of acting the part.

People in power should represent the people who put them there, not the corporations who paid for their advertising campaign.