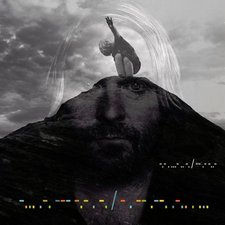 12. Lay Down Your Weapons My Friend

Behind the Song:
Paul Moak what an artist what a guitar player what a producer. Paul auditioned as a very young lad with a very large pedal board for the dctalk solo tour. He became my guitar player for my segment of the show. He would open each performance playing a real Sitar. Many moons have passed and now Paul is one of the premiere producers in Nashville. Situated in the most fantastical studios in Berry Hill, he creates the anthems for hipsters and serious musicians daily. I asked him to write a song for me in the early stages of writing for 'Kings & Queens.' We wrote this song in a day and recorded it. Later, Paul put his finishing touches on it without even letting me know. He sent it through the Internet completed and feeling like a track that John Lennon would have been proud of. Stylistically it also hearkens to the 1950's, with Stephanie Smith singing great background vocal embellishments. The lyrics are heavy and represent one of the biggest issues we are dealing with today: Forgiveness. -- Kevin Max