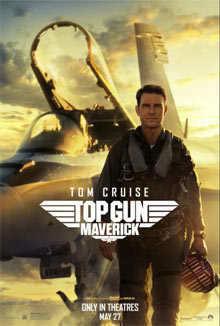 After more than thirty years of service as one of the Navy's top aviators, Pete Mitchell is where he belongs, pushing the envelope as a courageous test pilot and dodging the advancement in rank that would ground him. (from IMDB)

After two years of waiting for its theatrical release, the long awaited, much rumored sequel to 1986's fighter pilot drama Top Gun has landed. It's not common for sequels to arrive 36 years after the original film, but Top Gun: Maverick has done just that. A sequel for Top Gun had actually been in the works 10 years ago, when Tom Cruise was working closely with original film's director, Tony Scott, to develop the sequel for Paramount Pictures. But tragically, Scott took his own life and Paramount grounded the production indefinitely. Years later, however, Cruise teamed up with his Oblivion director, Joseph Kosinski, and the rest is history. So is Top Gun: Maverick worth the wait? 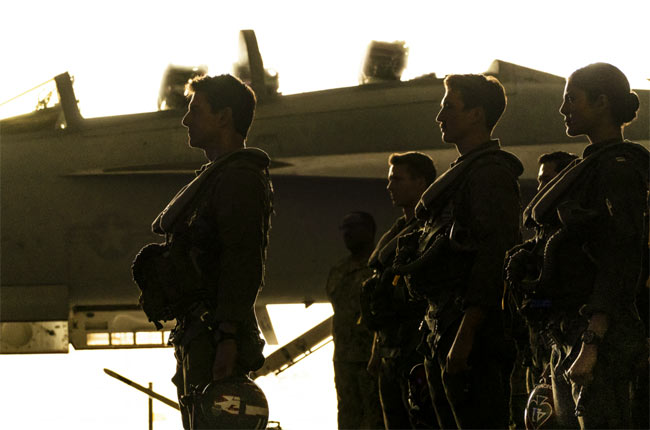 As a child of the 80's, I grew up with the 1986 original. It was iconic for its memorable music, the rivalry between Cruise's Maverick and Val Kilmer's Iceman, and the tragedy of Maverick's co-pilot, Goose (oh, and that awkwardly steamy love scene set to Berlin's "Take My Breath Away"). So, 36 years later, what might a Top Gun sequel look like? I couldn't help but chuckle when the first thing the audience hears as Top Gun: Maverick starts is its very 1980's theme song, written by Harold Faltermeyer. It's then immediately followed by a reprisal of Kenny Loggins' smash hit "Danger Zone," and the movie undeniably feels like Top Gun already. (In a good way, of course.) But what about the rest of the movie? 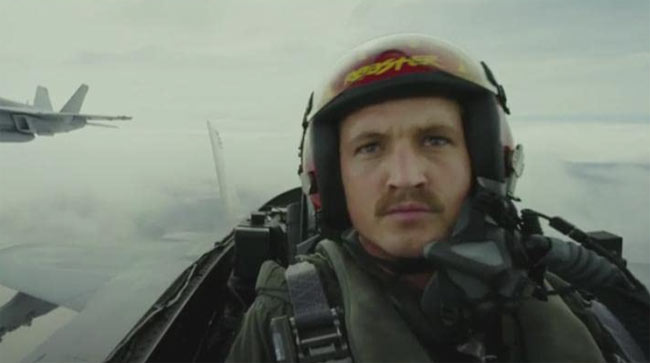 Where any movie 36 years after its original might take things in a completely new direction, forsaking its original characters for a full-on reboot, Top Gun: Maverick embraces them. The first movie has always been about Tom Cruise's character Pete "Maverick" Mitchell, and Top Gun: Maverick unapologetically continues his legacy (I mean, it's even in the title!). Top Gun: Maverick organically follows where Marverick has been for the past couple decades, and where it's brought him to in his life. This sequel is an interesting mix of calling back to what's memorable about the first movie, introducing new characters, but keeping the focus on the heart of what makes Top Gun, Top Gun, and taking the action to a much greater level. One might feel like the movie is one big ego trip for Tom Cruise - and hey, let's be honest, maybe it is - but original Top Gun fans most likely love the movie because of Maverick and Goose, and the fighter pilot's journey. So for Top Gun: Maverick to be predominently about Maverick again just makes it feel genuine. And since Cruise is so dang committed to making sure his movies entertain, he delivers here... in spades.

In my personal opinion, revisiting Top Gun two years ago for its 4K release, and then again the night before seeing Top Gun: Maverick on IMAX, I felt kind of underwhelmed by the movie. Granted, it's a little slice of 80's nostalgia that's got its charms, but the in-air action and dogfighting never impressed me. In both recent viewings, I felt like a lot of the action in the air was hard to follow and it was tough to determine who was flying what. It seemed like it wasn't until the result of the action came to light that we actually would find out what was happening (or another character had to verbally explain what happened). I'm sure I'm in the minority with that complaint, but I will say this -- Top Gun: Maverick does not disappoint with the high-flying action. It's immediately evident that Kosinski and Cruise set out to make a visually thrilling and immersive action movie, and folks - it delivers. I'm a fan of movies on the large format IMAX screen, but Top Gun: Maverick was filmed specifically to be seen in a this format. The aspect ratio does change from time to time to make use of the full IMAX screen during the action in the air, and it's glorious. Cruise ACTUALLY filmed his scenes while flying a jet, and it's obvious. You can see it on his face. What's even more amazing is all of his pilot co-stars ALSO flew their own jets and were filmed in the air. It's incredible, and the IMAX format really makes you feel like you're right there for the action. It's obvious that there is no blue or green screen; you're right up in the clouds with them!

Now, if the 1986 PG-rated Top Gun was released today, it would have definitely been PG-13. The content for Top Gun: Maverick is also definitely PG-13. It doesn't contain nearly as much profanity or blasphemy as the original did, but it still contains quite a bit of langugage, including at least one use of the "F" word from Miles Teller's character later in the film. In what is kind of an emulation of the first movie, there is a brief love scene, but it's far less sensual, there's no nudity, and it's just a couple seconds long involving mostly loving glances and kissing. There is plenty of violence and peril involving the jets -- with some great action during the film's climax, but it's not graphic or anything. There's a flashback to the first movie with Goose's dramatic death, but the blood from that scene isn't shown.

I'm quite impressed with what Tom Cruise and director Joseph Kosinski were able to accomplish with Top Gun: Maverick. It's a delight to see Cruise return as Maverick, and the new characters are all surprisingly good (I'm not a Miles Teller fan, but he's great as Goose's son, Rooster). They did a great job assembling a new team of Top Gun pilots, and all of the actors do really well in their roles. And while it's bittersweet that Kelly McGillis does not reprise her role as Charlie, I loved seeing Jennifer Connelly introduced into this Top Gun world as new character, Penny. She and Cruise have some good chemistry and I really enjoyed their scenes together.

Top Gun: Maverick is an anomaly. It's unusual for a sequel to not only be this good, but to come so far removed from its predecessor and still be so good. In an age where computer generated effects and money-grab sequels are all the rage, Top Gun: Maverick is a sincere breath of fresh air -- especially on the big screen.

Sex/Nudity: We see the men without their shirts during an extended outdoor football game on the beach, and Phoenix in an athletic micro tube top; After Maverick drops Penny off at her house one night, she pushes her door open, inviting him in. We then see a quick montage of the two kissing and then lying down - they're both clothed. Sex is implied. We then see them in bed afterwards - Maverick without his shirt, and Penny clothed. Her daughter unexpectedly comes home and Maverick sneaks out so she won't see.

Blood/Gore: There's a tiny bit of blood on Goose's face in a flashback; Some characters have some scrapes on their faces.

Violence: An aircraft is pushed to its speed limit and we see it explode in the sky; A man is thrown out of a bar onto the beach for not being able to pay his tab; We see a flashback to Goose's death with he and Maverick trying to eject, and then Goose smacking his head on the ejected cockpit and Maverick cradling his dead body in the water; A pilot passes out from the G-forces and nearly crashes, but wakes up before he does; A pair of pilots bail out when their plane malfunctions, and they survive; Some jets are hit by a birdstrike, and so we see a bunch of birds hitting the planes, causing damage to the planes; A plane is hit by a missile and ends up crashing; A helicopter shoots at a man on the ground, nearly killing him as he dodges the bullets; A plane shoots down a helicopter; Another plane is hit and crashes; A dogfight ensues where we see multiple planes damaged by gunfire, and some of the planes explode; A plane is hit by a missile and explodes. Disclaimer: All reviews are based solely on the opinions of the reviewer. Most reviews are rated on how the reviewer enjoyed the film overall, not exclusively on content. However, if the content really affects the reviewer's opinion and experience of the film, it will definitely affect the reviewer's overall rating.