NASHVILLE, TNDecember 4, 2007Since their debut release in the summer of 2004, BEC Recordings/Tooth&Nail band Hawk Nelson has been rallying fans with their fun-filled, energetic tunes. On April 1, 2008, the Canadian foursome will release their third studio album with a tribute title to their fans Hawk Nelson is My Friend. The CD packaging will include a board game for their fans and the special edition CD/DVD will include a more elaborate game for all to enjoy.

Fans can get a taste of this highly anticipated release by purchasing the debut retail single, Friend Like That on iTunes and other digital retailers just in time for a last minute gift on Christmas Eve. The debut CHR and rock single will be going for adds early January to kick off the 2008 year. In support of Hawk Nelson is My Friend, the band will hit the road starting February 28, 2008 in Abilene, TX for the Hawk Nelson Green T Tour.

With their last two releases, the band has landed personal appearances on major television and motion picture projects, and gained high-profile song placement (Bring Em Out) with NBCs 2007 NFL Sunday Night Football campaign in addition to selling more than half-million units. It has been their success and media attention that has catapulted the band to the spotlight in the music realm; however, the band has remained grounded attributing any success to their dedicated friends aka fans.

Going into this record, we sat down and thought about how weve always had this mentality of not so much winning fans as making friends, says Canadian born frontman Jason Dunn. We want to be clear that were all about being on the same level as the audience.

The album title is also whats printed across the front of our most popular tee shirt, adds quintessentially friendly Hawk Nelson bass player Daniel Biro. And theres a little joke in there, because so many people still think Hawk Nelson is some guys name.

In a raucously poetic sort of way, Hawk Nelson is My Friend opens with first retail and radio single Friend Like That, a pounding rocker with fuzzy, spiraling guitars and fist-pumping Hey! Hey! Hey! Ramones-like shouts. Seeking guidance and earthly alliance at the same time, the song declares, "I need somebody on the inside, somebody who can set me free... Make some noise if you feel this way. Anybody got a friend like that?"

Dunn explains, So many people are struggling today. Most of all they need a friend, and we believe everyone has a friend in Christ.

The headlining tour, Hawk Nelson Green T Tour will be connected with a retail promotion with Music Today for the upcoming release. Beginning in January, fans will be able to purchase the album bundle ($30) that will include a concert ticket with preferred seating during the tour, special listening parties in select cities as well as a special edition of the famed "Hawk Nelson is My Friend" green t-shirt. Premier/Winter Jam have partnered with Hawk Nelson in their upcoming spring promotions during the Winter Jam Spectacular dates as well as the Revolve Women of Faith events for the 53+ city tour (see dates below).

This powerhouse, punk foursome hailing from Canada has won the hearts of fans and media nationwide since their debut release in June 2004 with Letters to the President. Since their national debut, Hawk Nelson has appeared on NBCs American Dreams, had a cameo appearance in the hit Nickelodeon film Yours, Mine, & Ours, where they played their original song Bring Em Out, as well as had their songs featured on NBCs 2006 Stanley Cup promo spots, WBs Smallville, Summerland, & Laguna Beach. In April 2006, Hawk Nelson released their sophomore studio release, Smile, Its The End Of The World, which debuted on the Billboard 200. For more information visit http://www.myspace.com/hawknelsononline or http://www.hawknelsononline.com 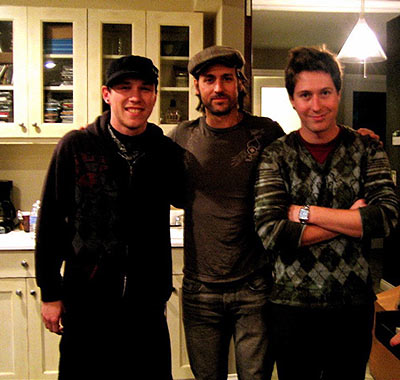 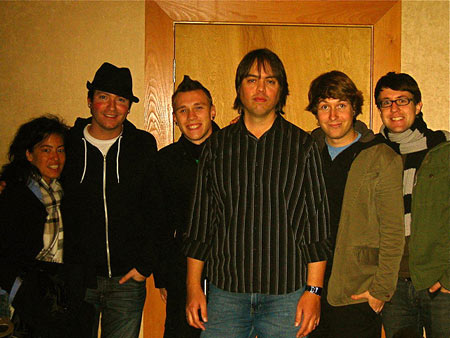