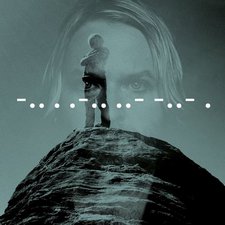 Kevin Max released his newest solo album earlier this year, titled Broken Temples. While the album was pretty solid, there was only a total of ten tracks -- and only eight different songs. Several months later brings us the release of the Broken Temples: Deluxe Edition. One could argue the merits, or lack thereof, for deluxe and expanded editions all day, but the fact is that Kevin has offered up a worthy product. The deluxe version adds a total of five tracks--four of which did not make an appearance on the standard release--making a re-buy worth your time and money.

Starting off the bonus tracks is the extremely Beatles-esque "Memoria" demo. The music, harmonies, melodies, and vocals all scream The Beatles. For a demo version, the track sounds very nice and close to finished. "Lay Down Your Weapons My Friend" also has an old-school vibe with an almost doo-wop feel. The "La la la la" female vocals in the chorus even sound similar to something that All Star United might pull. "Freak Flag" had been written for Kevin's second album with Audio Adrenaline, but his tenure with the band and the album ceased to be. The song could easily be mistaken for Supernatural-era dc Talk, and is an absolutely fun jam. The title references the dc Talk song (and inspiration for this very website), "Jesus Freak." Kevin sings, "Let your freak flag fly so high, let it fly so high (We don't care what people think we're just a bunch of Jesus freaks). Let your freak flag fly so high, let it fly so high (We don't care what people say, Jesus is the only way." Sadly, this would have made a great Audio Adrenaline song and easily topped anything on AA 3.0's new album. "Desperate Heart" has a big-time 80's pop thing going on and while it isn't overly impressive on the first listen, it's pretty infectious and grows on you pretty quickly. The deluxe edition closes with a demo version of "That Was Then and This Is Now." The volume is lower on this one and has the sound of a demo. This version is more subdued from the original as the beat driving the song isn't as strong. Unfortunately, the track doesn't offer much more than some insight into how the song progressed over time.

While I'm typically not a fan of the deluxe and expanded versions of albums, Kevin Max has offered something special with these extra tracks. It honestly feels like the complete version of Broken Temples. The genres in the bonus tracks are quite diverse, but it actually matches up with the original release perfectly. There is a little bit of everything to enjoy here and the additional tracks definitely add to the product. If you passed on Broken Temples back in March, now is the time to get the record. If you decided to support Kevin early on, you're definitely going to want to add at least four of these five songs to your playlist.