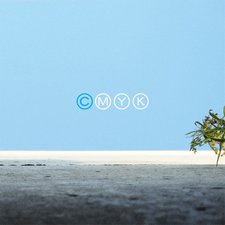 Justin McRoberts has been around for a while, yet is still a relatively unknown to most. Some will immediately think of Reese Roper's many ventures when they hear Justin's name, as he was also signed with 5 Minute Walk records and has lent his talents to many of Reese's releases. The majority of his career has been spent releasing albums independently combined with a steady stream of touring and teaching. For those who are familiar with McRobert's work, they know to expect honest, creative pieces with each release. C is the first of three EP's planned in the CMY(K) collection, and it is a decent start to a, hopefully, stellar series. About the EPs, Justin writes, "Many of the songs that make up CMY(K) are stories of friends whose picture of life and God is a great deal more dappled and complicated than they expected. Some are songs for friends who no longer consider faith in God possible at all. Some are personal reflections on the facets of life that have affected these loved ones of mine. All of them are songs that fit within the long, multicolored Christian tradition of seeing God both face to face and with His back turned."

The first song, "They Don't Mean What They Used To," is a dark, hushed track inspired by one of Justin's friends, a pastor wrecked by tragedy. This man asked Justin to write him and his wife this song about the death of their young daughter. It is a rough, honest look at how such horrific events can impact our walk with God. The hurt can be felt with the vocals and acoustic backdrop, "Her absence is a presence, Far more tangible than yours, Her silence has a volume, So much louder than your voice." It's a tough listen, to say the least. The second track is another story about someone distancing himself or herself from Christianity. Once again, the album closer draws from a friend falling away, "So if I lose my faith do I lose you, too? Cuz, Lord, If that's the case Then it must be hell on you." These topics are rarely spoken about in the realm of Christian music and are noteworthy for their boldness in addressing the matter. Oftentimes, when such lofty subjects are brought up, the artist will make sure to provide an answer, either closure or reassurance, before the song's end. That is not the case with each of these three works, opting instead to simply capture the emotions and feelings at one particular moment in life.

"Reticent" is the catchiest of the five songs on the C EP. This track was written for a friend of Justin's who was stuck searching for the contentment found in Christ, but in the wrong places, "I'm reticent to sign my name, To something that won't last beyond the day, I'm holding out for something real, Something I can't feel." The fourth song, "Aint No Lying Man," stands out among its four companions due to how different it sounds and the message it delivers. The somber, acoustic sound is replaced with a folk, almost country-like piece. Also of note, this is the only track that could be considered encouraging, as it is about the faithfulness of Jesus.

C is a good first step in the triple EP series, CMY(K). The music is consistently delivered and fitting for the themes. Since the theme remains relatively the same, however, the album does not always offer much diversity. While the content here won't put a smile on your face, Justin McRoberts is at the top of his game in terms of songwriting. C is definitely worth a listen if you can handle the bleak, honest look at the ugly side of faith.