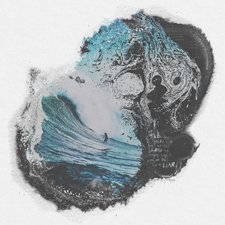 Norma Jean
Deathrattle Sing for Me


It's been 20 years -- stop and think about that, what were you doing 20 years ago? -- since an upstart metalcore band from the south, fresh off a name change from the very nu metal Luti-Kriss, released an album called Bless the Martyr and Kiss the Child on Solid State Records, almost instantly establishing themselves as the emblem of their particular brand of unrelenting dissonance-ridden chaoscore. It's odd to think that version of Norma Jean was fronted by the same Josh Scogin who now leads '68 (and left within a year of that album's release) but replacement frontman Cory Brandan has now been the glue holding the chaos together for 18 years. The harried dissonance was the band's stock in trade until 2010's Meridional began a new era -- a more mature, exceptionally deeper version of Norma Jean that could still work up a frenzy, but could also slow it down and build ambitious, brilliant songs on melodic choruses and guitar textures the likes of which the band couldn't have imagined in its early iterations. You could rate the four "modern-era" Norma Jean albums (Meridional, Wrongdoers, Polar Similar, All Hail) in whatever order you like, but they are uniformly outstanding metal opuses, filled with alternating combos of punchy catharsis and simmering epics. With three-year gaps between each album, this is not a band that rushes anything, and this most recent gap since 2019 has been no exception. But our patience has finally been rewarded with Norma Jean's ninth full-length album, Deathrattle Sing for Me.

So with that anticipation having been built, t's really a shame that Deathrattle doesn't start a little better. Opener "1994" is kind of a sludgy mess, feeling more like an improvised downtempo sound check, a far cry from some of the band's recent incredible album openers ("Hive Minds," "The Planet," etc). It doesn't get a lot better with "Call for the Blood," still a curious choice for the first song released, which feels a little too slow and ambling to make much of an emotional impact. "Spearmint Revolt" and "Aria Obsura" are two additional early tracks that feature some moderately cool riffs, but fail to really build to much, other than a sudden breakdown that drops in tempo, a technique that is notably (over)used three times in the first five songs. The grind of the deeply de-tuned guitar (the album is played in G#, sometimes with so much distortion during the breakdowns that it sounds like the whole thing is about to shake apart) is occasionally distracting for a band that has always been more about its song structure than its growl.

With the endless revolving door of the Norma Jean collective (other than Cory, the entire lineup has cycled out over the last two albums, just as it did over the two albums prior to that), I don't pretend to know exactly how the songwriting works--but I know that former guitarist Jeff Hickey, who left after the recording of All Hail, had a major role in the last three albums and was certainly part of why they were so reliably memorable and catchy, and less about amp-shaking downtuned riffs. I can't help but feel like his songwriting presence here is missed, as the album feels mostly devoid of some of the strong choruses from recent albums ("Sword in Mouth," "Synthetic Sun," "Safety Last" among many others I could list) and instead features many songs that sometimes feel almost improvised -- and to be sure, while spontaneity has always been a crucial element of the band, it gives way to an almost directionless feeling at times, particularly pronounced in the first half.

But this band is still capable of some really cool musical moments; witness the spastic urgency of "Any%", the nifty metal solo on "W W A A V E" (another baffling NJ song title that I hope I don't have to discuss out loud), the ominously quiet acoustic intro of "A Killing Word" that explodes and eventually gives way to a hammering double-bass blast at the end that again feels like something totally unexpected for this veteran band, the masterpiece "Penny Margs," an instant classic that slowly pulses with sinister cleans, always feeling like it's building to something grand (a la "Careen", one of the greatest-ever NJ tracks from All Hail) en route to a heartstoppingly frantic explosion; and the requisite brilliant eight-minute closer "Heartache," a massive emotional statement from a band that continues to prove they know how to end an album. The common thread of all of those great moments: they are in the back half of the album, as though Deathrattle is a two-part play where the sometimes slow and monotonous grind of the first five tracks gives way to an intermission where we find a full return by the band that has so expertly mixed melody, rage, and unpredictability for more than a decade.

I gave up on making too much effort to decipher the lyrical musings of Norma Jean quite a while ago (and of course it's long been known that the songs titles are almost uniformly nonsense, here maybe more so than ever), but it's abundantly clear even without a lyric sheet that frontman Cory Brandan is working through some stuff here; he couldn't have been clearer on this, recently saying "The record was necessary to keep me alive in a literal sense," and he hardly seems concerned about putting too fine a point on it as he bellows right away "Angry songs make me feel worse / Happy songs make me feel like a liar." Throughout the album, he gets in some classic Cory-style vitriol (I particularly like his sneering "If you want to stab me in the back, stand behind me first" from "Any%"), but the transparently-named closer, "Heartache," is about as real and uncolored by vague imagery as you will ever hear from him: "So what am I supposed to look for? Where am I supposed to be found?This world was never meant for me / Or I was never meant for it." It's not so much the words themselves, as much as the tender melancholy that he sings them with -- his pure singing voice has never sounded better -- before switching to another gear for the passionate scream-singing that no one in the genre does better. The often double-tracked vocals, sometimes with extra harmonies layered on top, are crisp and clear and expertly mixed.

I certainly didn't volunteer to review the new album by the band I've identified as my favorite for eight years now to proudly pour cold water all over it, and my score reflects that the best of this album is among the best of this band and really grabbed me more with each repeated listen. Norma Jean is still a creative force in the world of metal, never constrained by a formula, never predictable from one song to the next, and a lesser Norma Jean album -- if that's even a fair description of Deathrattle Sing for Me -- is still near the top of the genre, capable of still delivering memorably ambitious choruses like "W W A A V E," dynamic instant classics like "Penny Margs" that emphasize the power of softness and texture, and the sobering journey of "Heartache." It's just too bad that this album saves so much of its compelling material for the back half and stuffs the early tracks with some very grindy filler. This is an album of soaringly high highs, skippable early lows, but still plenty of reminders that no one in metal is better than Norma Jean at their best.

In 2019, Norma Jean released what is quite easily my favorite album in their discography, All Hail. 2020 was not as kind to the band, as they ended up becoming victims of a bit of cancel culture (if you know, you know), and I was really unsure of the band's future. Thankfully, they're picking up where they left off, and now we have Deathrattle Sing For Me. In the past, it wasn't uncommon to be presented with a stylistic departure with each new album, but Deathrattle isn't too dissimilar from All Hail. It's heavy (soft when it needs to be), it's unapologetic, it takes a lot of artistic liberties, and is no stranger to experimentation. Admittedly, some of these experiments yield less than desirable results, such as the messy intro and the could've-done-without-it interlude "el-rol." But more often than not, each listen is highly enjoyable. The singles are among the better tracks, but my personal favorites are "Aria Obsura," "Any%," and "A Killing Word" (the latter of which features some surprising and speedy double bass near the end). Norma Jean has come a long way over the last 20 years, from an in-the-know scene band to one of the pillars of modern heavy music, and Deathrattle Sing For Me is evidence of why. - Review date: 8/9/22, Scott Fryberger of Jesusfreakhideout.com

When Norma Jean released All Hail in 2019, frontman Cory Brandan stated in interviews that the band was hitting a stride that he believed would result in more frequent output moving forward. I imagine the pandemic is mainly to blame for why Deathrattle Sing For Me arrives nearly three years later, but the thirteen-track collection is exactly what I expected as a follow-up; in other words, anyone who liked All Hail is almost guaranteed to like Deathrattle as well, which carries forward with an excellent distillation of this era of Norma Jean's lineup and sound. Granted, it gets off to an awkward start with "1994" and loses some steam in its final three tracks, but the bulk of these songs show off what the band has been doing better than anyone else for a decade straight. "Aria Obscura" contains the album's biggest surprises, with its utilization of an expanded instrument palette, and "A Killing Word" stands as potentially one of the best songs the band has ever recorded. Norma Jean continue to be one of the most dependable artists in their scene, and Deathrattle is further evidence that they rarely make any missteps. - 8/10/22 Chase Tremaine